Get Your Fix – Alright! 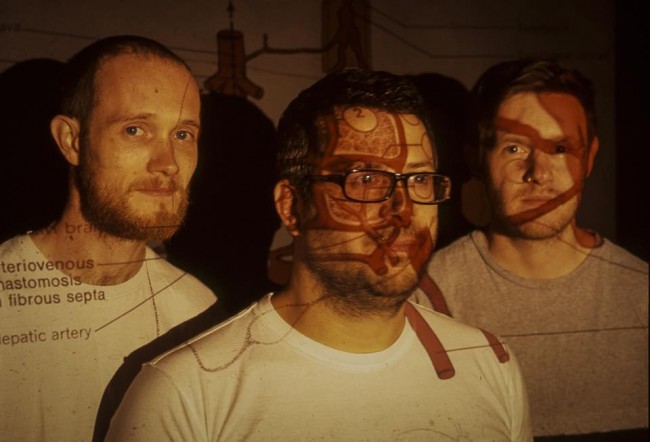 ‘Contact Fix’ showed a developed sound but was still instantly recognisable to fans of the band as it captured the progression of the trio, their song writing, structures and their musical ability. The album showcased more mature compositions while still exploring the bands mathy jazz sound with the likes of Kerrang, Rock Sound, Prog, Rock A Rolla and Total Guitar Magazine all heaping praise on the record.

Masterfully combining virtuosic instrumentation with unabashed musical experimentation, Derby-based trio ATC have established themselves as a sonic force to be reckoned with, thanks to their uniquely imaginative brand of math-rock. Their sprawling and varied career has seen them sharing stages with post-rock luminaries including Mono, toe, 65daysofstatic, Pelican, Tera Melos, ASIWYFA, Maybeshewill, Adebisi Shank, This Will Destroy You, ZU, Holy Fuck and many more.

The band’s jazz-inflected craft is brilliantly propelled by an unrestrained restless energy and bold sense of boundlessness that recognises zero confines. Melding intricate fretboard tangents with summoning rhythms, noise rock throw-downs with delicate, effects-laden passages and painstaking instrumental majesty with an intent-drenched zeal, the band’s music evokes everyone from Don Caballero, Giraffes? Giraffes! and Slint to Tera Melos, June of 44 and toe.

Having already toured heavily throughout the year the band will now be playing another runs of shows throughout August and September with appearances at Y Not Festival and ArcTanGent.

* with Death and the Penguin