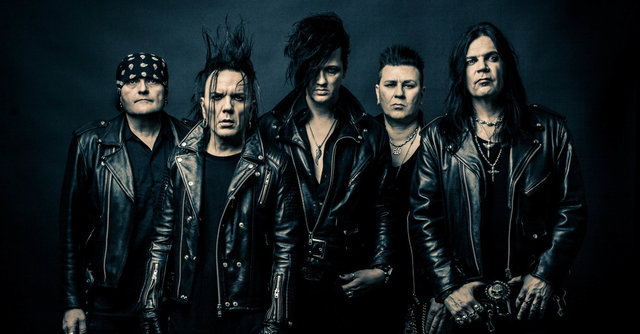 Founded in the Finnish capital 25 years ago, THE 69 EYES have spawned a total of ten full-length records and an additional selection of live, best-of and remastered albums. Throughout the band’s legacy THE 69 EYEShave managed to thrive and reinvent their distinct blend of goth’n’roll – 2016 sees the band continue on with this legacy in the form of new album, ‘Universal Monsters’. Today the band have released the fifth making of trailer for the new album – watch as the band’s main song writer Bazie explains his writing process and how the songs ‘Shallow Graves’, ‘Blackbird Pie’ and ‘Lady Darkness’ were born – singer Jyrki 69 also illustrates his melodies with lyrics and vocals, whilst producer Johnny Lee Michaels comments how to get the best out of his guitar:

Previous article
Artillery Get Scythed Down
Next article
Brantley Sobers Up