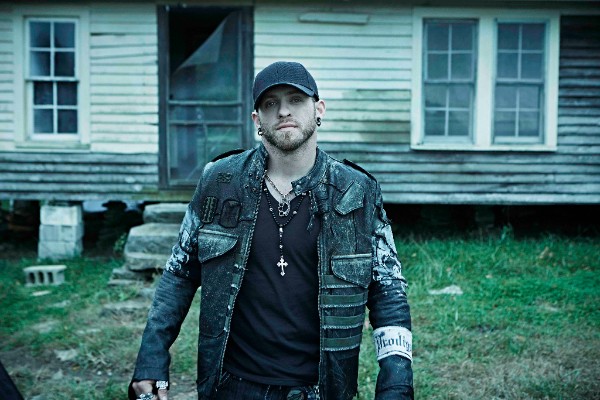 Having rocked last year’s C2C Festival at The O2 in London last year, hard-hitting country outlier BRANTLEY GILBERT will return to the UK this May as part of his international Blackout tour. Among the concerts is a date at London’s Shepherd’s Bush Empire.

Gilbert is a force to be reckoned with. He’s notched six number one singles, including Jason Aldean’s ‘My Kind of Party’ and the CMA Song of the Year nominee ‘Dirt Road Anthem’, and earned back-to-back platinum albums withHalfway To Heaven and Just As I Am, the latter being the 2014 American Music Awards Favourite Country Album. With a storied stage show, one that is high velocity as it is long on songs drawn from the rough hewn artist’s own life, the Jefferson, Georgia-born and –raised songwriter believes in cutting deep veins of truth into his music.

“People everywhere like to raise hell and have a good time,” says Gilbert. “It’s one of the things, no matter where I go, people seem to agree on. But they also want their music to dig a little deeper – and maybe show a little bit more of how life really is. I may write drinking songs and fighting songs, but I also write songs about faith, about hitting your knees and being lost and trying to be the best man I can be. I think the most hardcore rowdy people, when you look inside, need that just as much. I know I do… These songs are all about making my way through world, so they’ve been road-tested.”

Just As I Am topped Billboard and iTunes’ Country Albums chart upon release, ultimately becoming the third-highest Country seller of 2014 Featuring the Multi-Platinum number one ‘Bottoms Up,’ the nearly-double platinum number one ‘One Hell Of An Amen’ and Gold-certified ‘Small Town Throwdown,’ Just As I Am remained in the Top 5 best-selling Country Albums of 2015 as well.

Given the demand for his music – and wanting to deepen the story, Brantley released Just As I Am – Platinum Edition on May 19, one year after the original album’s release. Having written each of the 19 tracks on the expanded version,The Platinum Edition shared a more intimate glimpse into this chapter of his life with songs like the title track ‘Just As I Am,’ as well as his current single ‘Stone Cold Sober’.

Given his loyal fanbase and ever-expanding BG Nation, last year Gilbert took home the first ever fan-voted Renegade Award at the iHeartRadio Music Awards. Recognizing artists who break boundaries while remaining true to themselves, Gilbert was honored to given an award recognizing his conviction to be honour his truth, his intensity and his full-tilt approach to making music.