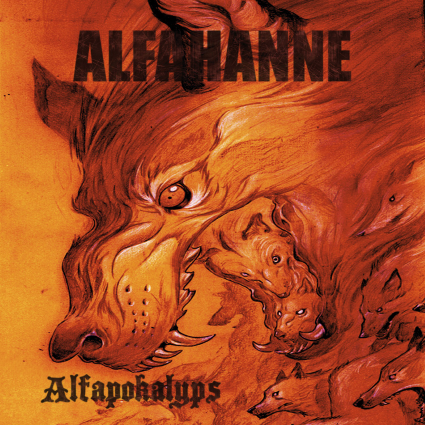 Norwegians who sound like a cross between Hellacopters and Entombed

Ask the band what they sound like and this is what they say: “Imagine Refused and pre-major label AFI in grim eyed conversation with Immortal and looking like a cross between Danzig, Supersuckers, and Misfits,” when describing the music of Norway’s Alfahanne.  Their debut,received European release last year but was unavailable for North America.  Starting July 31, Alfapokalypse will be available digitally for the first time for stateside fans and just as recordings and detail on the band’s sophomore record are nearly complete.

Formed in 2010, Alfahanne mixes black metal, classic rock, punk, and gothic. The band released a split album with Shining in 2013.  The band will perform at Hard Rock Laager in Estonia on July 3.

Let this serve as your official introduction to Alfahanne.