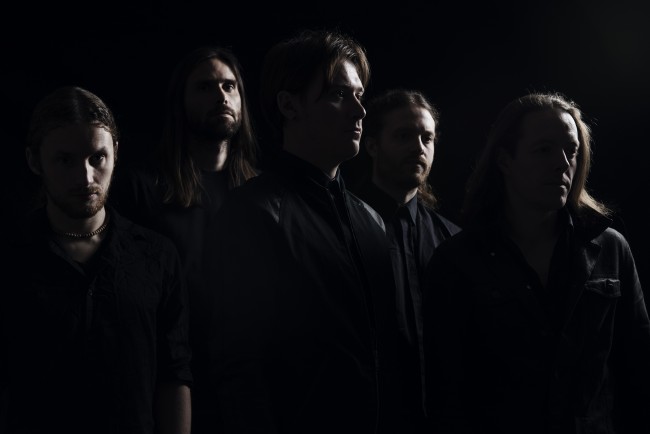 U.K.’s premier progressive act TesseracT have revealed that singer, songwriter Martin Grech will make a guest appearance on their new album ‘Polaris’. Martin has lent his vocals to the track ‘Hexes’ with guitarist Acle Kahney expressing his excitement at the collaboration.

I was at a Martin Grech show over 12 years ago when he was touring his first album. I didn’t know his material at the time but it’s still one of the most memorable gigs I’ve been to. Not only is he an amazing singer/musician but the whole crowd were so intent on listening that you could hear a pin drop in the quiet sections…don’t think I’ve been to a gig like that since.  His music definitely became an influence and inspiration for me. I find his melodies and music haunting (in a good way!). We’d always spoken about trying to jam some ideas together or be involved with each other’s music in some way but nothing ever materialized until Polaris.

Jay and myself have been helping out with a couple of tracks on Martin’s new album at Peter Miles’ studio in Devon. While we were there Martin, Jay and myself jammed some seedlings of ideas which has now became the song Hexes. The whole band are fans of his music so it felt like a no brainer. Personally I have been wanting to do a collab with Martin for over decade. So it feels great to have someone who has inspired and influenced me become a part of the album.’

Martin Grech achieved critical acclaim back in 2002 with his debut album ‘Open Heart Zoo’, followed by the much darker and intense ‘Unholy’. His last album was released in 2007 though he currently working on a new record and commented about joining forces with TesseracT via his facebook page:

‘TesseracT are a band I have long admired, and this has been yet another great experience working with talented artists I have deep respect for.’

TesseracT’s new LP titled POLARIS, is due out September 18, 2015 via their UK label home Kscope.

WATCH THE TEASER CLIP AT – http://tesseractband.co.uk/

POLARIS IS NOW AVAILABLE TO PRE-ORDER AT