Get Defiled On New Dates 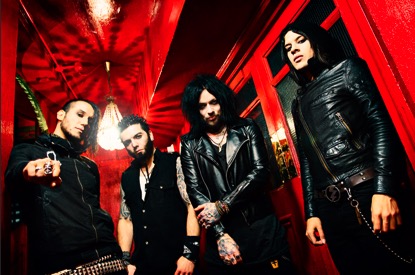 Over a year since their last headline UK tour, THE DEFILED planned to grace our shores once more this January with a run of headline shows in January and February 2016 following a short run of dates as main support to In This Moment.  Unfortunately due to circumstances beyond their control, the In This Moment tour was postponed and so The Defiled’s headline dates also became delayed.

Both the headline shows and the support shows with In This Moment have now been announced to take place in May.  Full dates are below.

The AvD comments, “After our ‘Running in Circles’ tour getting postponed earlier this year we are proud to announce that we are hitting the road with our brothers Forever Never. These are off dates that coincide with our In This Moment UK tour so get ready for some intimate drunken shenanigans.  Can’t wait to see all your pretty faces, let’s party!”

Watch a video filmed whilst the band were in Greenland for ‘Five Minutes’ here: https://www.youtube.com/watch?v=2YvCnMfXxqE

Tickets for the tour are on sale now www.thedefiled.net

Catch THE DEFILED at the following shows.
* With IN THIS MOMENT
** Headline with support from FOREVER NEVER

https://www.facebook.com/thedefiled/?fref=ts
http://thedefiled.net/
Previous article
Get Another Taste Of Textures
Next article
Just Dandy For Temple Of Demios