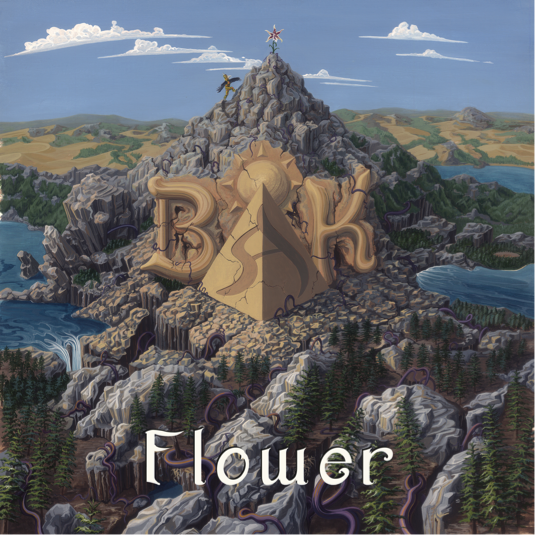 Enigmatic Australian project BaK are set to release their first music in the UK in late 2018 – the Flower EP will be released on the 30thNovember 2018.

BaK are an intricate fusion of progressive rock and strong Indian & Middle Eastern themes – ‘ethno prog’. Like Tool doing a tribute to Disney’s Aladdin! BaK’s music is a blend of traditional Middle Eastern and Indian music, with a haunting, eerie vocal, and a rock/metal section occasionally brought in and out as a feature.

The band’s first release ‘Flower’ seamlessly weaves in and out of purposeful heavy chord sections with enormous vocal layers between the deliciously anxiety-ridden melodic sections of traditional Middle Eastern and Indian instrumentation. This is where you hit play and you stay there for the duration, allowing the band to take you on an epic musical journey from the great pyramids of Egypt to the modern music halls in which their striking sound will no doubt be performed.

The visual is important to the band with elaborate release artwork and videos complimenting each track of Flower EP. BaK’s multiple award winning short films, including ‘Dasha Hara’ was awarded in the USA Best Music Video (Other) at The Indie Gathering, Award of Excellence at Best Shorts Film Festival, Animation Runners Up at Logan Film Festival as well as making Official Selection at Williamsburg Film Festival and Official Selection at Arpa International Film Festival. These awards are amongst the 16 nominations and 8 wins BaK have received for their music videos