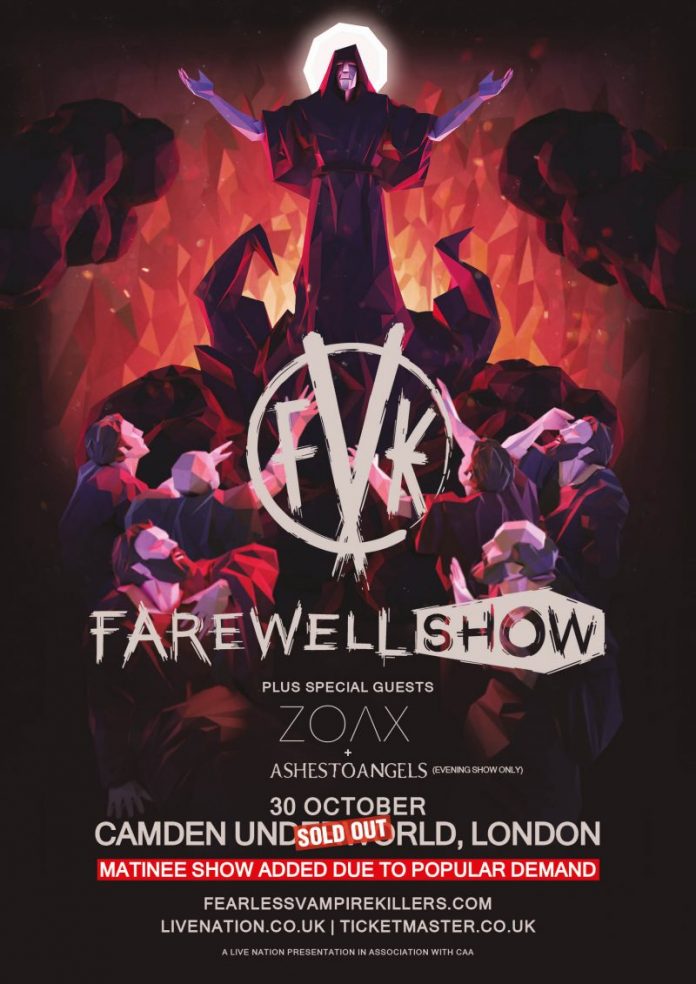 Second show announced
Due to overwhelming demand, FVK have announced an additional matinee performance to their farewell show on
30th October at London’s Underworld. Tickets for the original farewell show went on sale last Friday 29th
July and sold out in 24 hours.
“We are humbled an honoured by the response to our final show. We didn’t expect it to sell out so fast, therefore
we think it’s only fair to provide another opportunity for people who have missed out. See you there!”
– Laurence Beveridge
Tickets for the matinee performance are on sale now at
http://www.livenation.co.uk/artist/fvk-tickets Support for
the matinee performance comes from ZOAX who will also support at the evening show with the addition of
ASHESTOANGELS