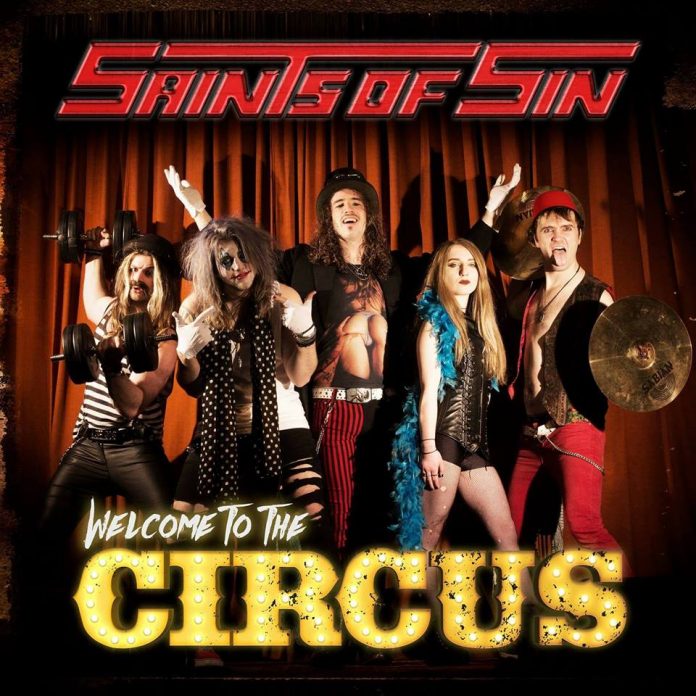 This one has been bubbling, but Saints Of Sin are finally unleashing the video for their slamming rocked up cover of “Uptown Funk” by Mark Ronson ft Bruno Mars. A full-blooded high-octane slant on a modern classic, the video for this new single is a typically understated affair, ahem, featuring whiskey, hairdryers, live footage and shoe-shiners! Being made available on 10 November 2018 – four years to the day that the original track emerged – ‘Uptown Funk’ will backed with another brand new, er, banger, ‘Bang Bang’. The debut studio album “Welcome To The Circus” from Saints Of Sin on is out now through 3MS Music on CD [Cat No 3MS009CD].

Saints Of Sin themselves say, “As a band that’s all about making original music, playing covers is not something that usually excites us. One day the idea struck me to get more creative with our covers. When you strip a song back to its most basic form, there really isn’t much difference between pop and rock. So after hearing the airwaves saturated with Mark Ronson and Bruno Mars’ pop-funk hit, we couldn’t help but dream up ways to bring the great song into our world and turn it into a head banger! It’s ended up becoming a crowd favourite at our shows and we hope that if it reaches the ears of Mark or Bruno, they’ll really dig it and appreciate our spin on it!”

Saints Of Sin have been delivering their brand of excessive Hard Rock debauchery since 2013 and the party hasn’t stopped yet! The band features brothers Marcus ‘Sparxx’ Jenkins on guitar and Ash Jenkins on bass, Rui Brito on vocals, Josh Rose on Drums and newest recruit Sophie Burrell also on guitar.

Saints Of Sin have a little something for everybody – as Uptown Funk proves -and it is this that keeps them moving up the ladder on the gigging circuit. Their achievements so far include blasting out shows at The Isle Of Wight Festival, Hard Rock Hell and 02 Academy.

With “Welcome To The Circus” may refer to the Big Top, but these guys are no clowns, delivering thirteen high calibre rock tracks, Saints Of Sin prove that they are ready to make a great leap forward. Saints Of Sin, naughty but nice…