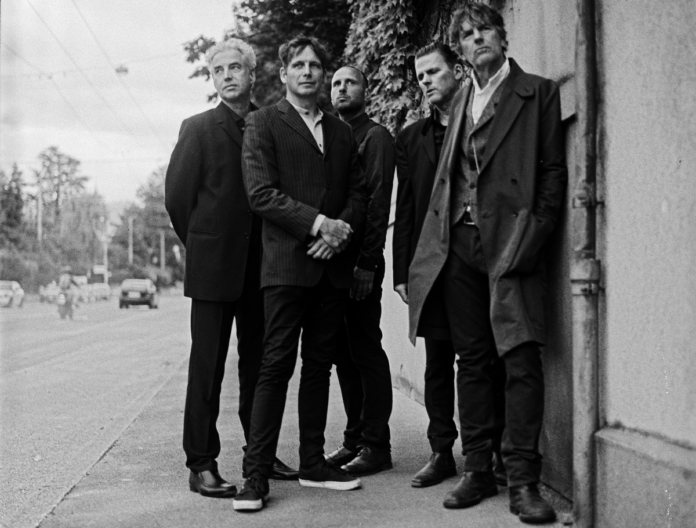 and also the trees (AATT) formed in 1980 in rural Worcestershire, an environment that has provided a constant source of inspiration to a group whose music has frequently explored the dark underbelly of the British countryside. They are renowned for their captivating live performances, a unique style of mandolin-like electric guitar, poetic lyrics and dark jazz rhythms, not to mention a creative independence fiercely preserved for over four decades.

In their early years AATT caught the attention of Robert Smith of The Cure, who invited them to tour with his group on several occasions. Smith also produced their early recordings (alongside his bandmate Lol Tolhurst), while their long-term friendship was further solidified when he invited AATT to perform at the 2018 edition of the Meltdown festival in London, an event that he curated.

A continuous presence on the post-punk, alternative rock and gothic scenes in numerous territories ever since being founded in their mid-teens by singer Simon Jones and his guitarist brother Justin, AATT have gone on to release fourteen studio albums, toured frequently throughout mainland Europe, and have also visited America and Japan where they have sizeable followings.

The panoramic and filmic landscapes heard on AATT’s just released new album, ‘The Bone Carver’, sees (fragments of) stories told about people, the spaces they occupy, their closeness and the distance that lies between them. Written and recorded over a period of three years in London, Switzerland and in an ancient barn not far from their Midlands roots, the Jones’ and maverick drummer Paul Hill are joined for the first time by Grant Gordon on bass and Colin Ozanne on clarinet. Their inclusion brings a fresh twist to the group’s subtle yet intriguing evolution.

‘The Bone Carver’ follows AATT’s acclaimed 2016 album ‘Born Into The Waves’, a record considered by aficionados to be their most accomplished and a rare accolade for an act with such longevity.