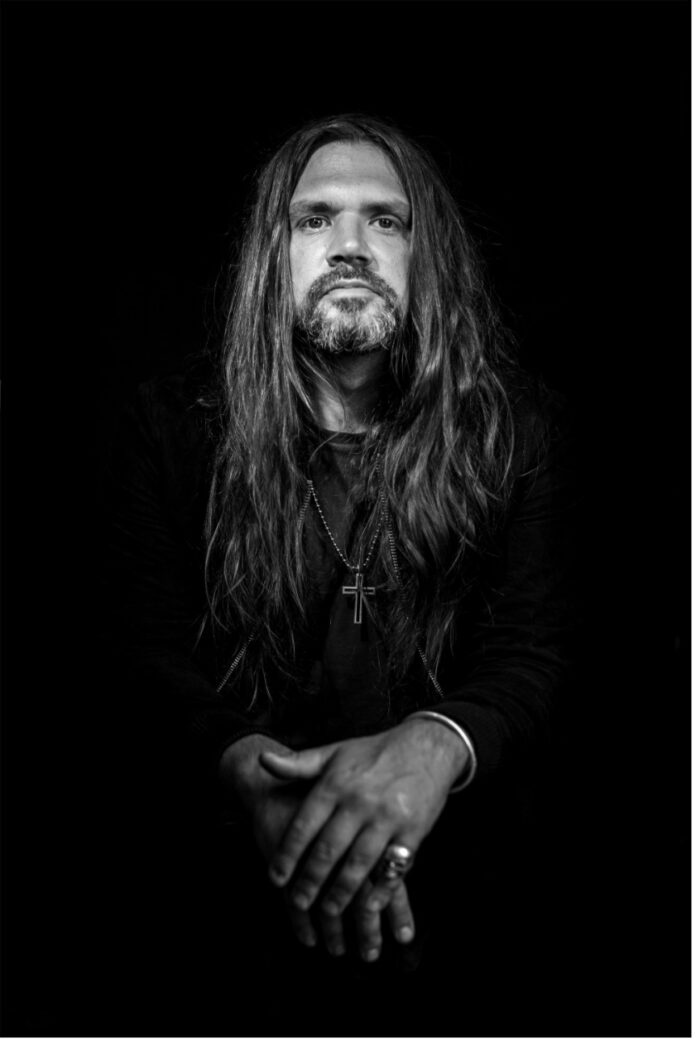 Better known, perhaps, for his endeavours in Jizzy Pearl’s latest incarnation of Love/Hate and his work in Warrior Soul, or as Original Hell Raiser of the Black Bullets, Stevie R. Pearce is an experienced global performer.

If there’s a glam rock icon he hasn’t toured with, then Lord knows who they are. He has stood in the shadows, and at some point or another has probably given you the best night of your life – you just didn’t know who he was.

What is more pertinent to playing with these icons, which is no mean feat – is the fact that in addition to all that work, Pearce is a songwriter in his own right and “Stevie R. Pearce And The Hooligans” is the result.
Stevie has been fine tuning his craft and building a rampant & engaged audience across the continent for nearly a decade. Respected and loved within the UK scene, Stevie R. Pearce & The Hooligans have become one of the leading lights for UK rock music in recent years.

With a brand new team behind him, Stevie is poised to make waves through 2022-2023 with a string of brand new releases & high profile headline shows.

The first release in this series comes in the form of ‘Educated Guesser’, a line in the sand & a stake in the ground of what will be defined as a new era for the Hooligans.

Produced by Jacob Hansen (Volbeat), Educated Guesser is a myriad of Crunching, Drop-D guitars packed full of energy, laid over over anthemic drums, that are as fit for sweaty basements as they are ready for stadiums.

Returning to the raw energy of Stevie’s punk-rock roots, ‘Educated Guesser’ is a fast paced, frenzied onslaught of riffs & melody that showcase the heaviest sound the band have ever created.
Stevie R. Pearce and the hooligans have arrived.