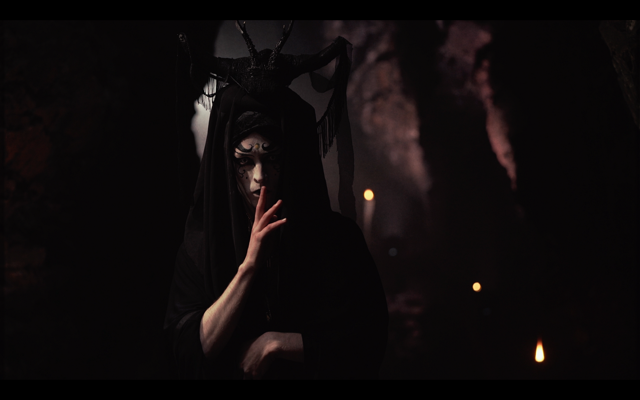 Taken from the forthcoming The Forest Sessions, on CD+DVD & LP through Kscope on 16th December 2022, Jonathan Hultén has released the performance video for the song “The Call To Adventure”

The original song, featured on Hultén’s debut solo album Chants From Another Place and found him exploring the border between electronic and acoustic music, this new forest version, has seen him go all the way into the electronic sphere by not employing a single acoustic instrument, having been inspired by film soundtracks such as “The Escape From New York” by John Carpenter, 90’s video game soundtracks and the music of Lana del Rey.

The concept for The Forest Sessions was the idea of live streaming a concert from the woods, Hulten gathered his team, formulated a plan from which the project morphed into the making of 8 unique music videos based on the setlist of a live performance.  All the filming locations would be scouted in reference to each song title, with the aim to film all the material in 24 hours around an area about 40 minutes from Stockholm, Sweden, and they succeeded!

Jonathan recalls the filming of “The Call to Adventure (forest version)” “It was the second to last video to be filmed in the 24 hours long filming session. It was 11 am and we had been up all night. At this point we were all feeling fatigued due to the sleep deprivation and the intense focus, but everyone enduringly strove onwards. The location was an old mine. We arrived, lit the torches, set up the lights and started filming pretty much immediately. All ideas and scenes were improvised on the spot which gave the session a really creative and adventurous touch. It all happened so fast and felt like a waking dream, it was a surreal experience. “

WATCH THE CALL TO ADVENTURE HERE

Following on from the release of his 2020, debut album Chants From Another Place that saw Hultén drawing comparisons to artists such as Nick Drake, Sufjan Stevens & Wovenhand as well as more traditional folk artists such as John Martyn right through to his contemporaries in Anna Ternheim, José Gonzales, Anna von Hausswolff,  Chelsea Wolfe & Hexvessel; The Forest Sessions is a collection of experimental versions of songs taken from both Chants From Another Place and his earlier EP The Dark Night of the Soul, but it is also a short film composed of

music videos and interludes with animated illustrations and poems.

Recorded by himself between January 2020 and June 2022, with mastering and mixing taken care of by frequent collaborator Ola Ersfjord – this is a deeply intimate work from start to finish. Hultén invites listeners into his world through the stunning album cover which he designed.

The Forest Sessions is being released as a 2 disc – CD & DVD edition with the DVD featuring the collection of music videos that spontaneously evolved into the album as well as clips from Roadburn Redux Festival.

The audio will also be released on LP and digitally. All formats will be released on 16December and are available to pre-orderHERE https://JonathanHulten.lnk.to/ForestSessions