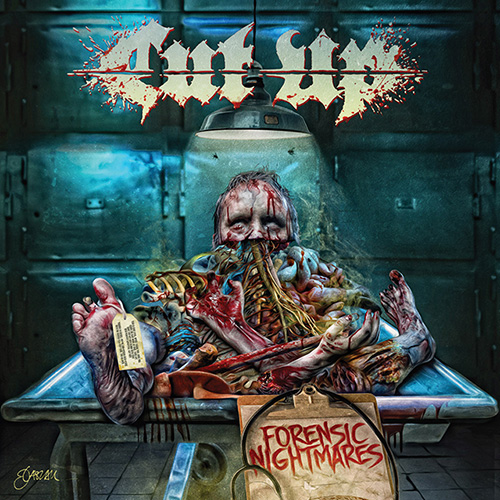 Cut up released new one earlier this week

Swedish death metal act, CUT UP, will release their debut album “Forensic Nightmares” tomorrow in Europe, and on June 29th in the UK! A day ahead of release the band is streaming their slab of brutal death metal via the landing page at metalblade.com/cutup.

Comments drummer Tobias Gustafsson: “I proudly present to you, our debut album Forensic Nightmares! Less than a year and a half after we started CUT UP, our hard work and determination has paid off and resulted in this blasterpiece. We couldn’t be more satisfied with the album! Forensic Nightmares clearly makes a statement about what CUT UP is all about, and what our mission is for the future. So don’t sit back and enjoy this, but bang your fucking heads while blasting it at maximum volume! Then repeat! Cheers!”

Don’t forget to check out the two video clips the band has released in support of “Forensic Nightmares“! Visit metalblade.com/cutup for “Burial Time” and deaf-forever.de for ‘A Butchery Improved‘!

Previous article
Beacons To Shine This Autumn
Next article
Damn Them, Again. The Fiends