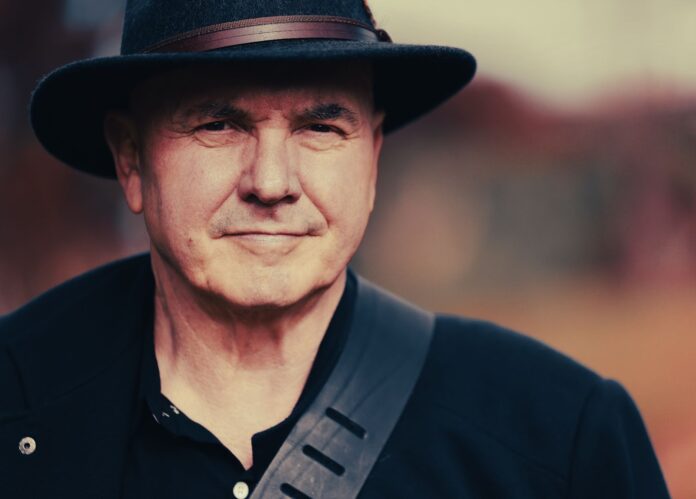 Having taken the first steps in his career as an Americana artist last year with the release of debut EP Dispatches and a string of live dates throughout the UK and Australia, actor and singer-songwriter Alan Fletcher appeared on ITV’s Good Morning Britain this morning to exclusively announce the long-awaited release of his full-length solo album The Point, out February 10th 2023.

Available to pre-order/pre-save now, the undeniably authentic collection features Fletcher’s tribute to one of his favourite artists, John Prine, on his version of the late songwriter’s song ‘Fish And Whistle‘, along with Alan’s latest original single ‘Hey You‘, available to stream/download worldwide.

Penned by Fletcher and produced by frequent collaborators Lachlan Bryan and Damien Cafarella, the poignant song began its life entitled ‘Hey Mum’, before transitioning into a more encompassing, and universally relatable tale, dedicated to three important women in his life; his mother, great aunt, and grandmother.

Having recently wrapped a 14-date The Doctor Will See You Now tour of the UK, sharing stories from his acting career, along with a one-off headline gig in London playing songs from his solo project, Alan is due to take to the road again throughout March and April 2023.

Following his appearance this March in Neighbours – The Celebration Tour alongside fellow cast members Jackie Woodburne, Stefan Dennis, Ryan Moloney, Annie Jones and April Rose Pengilly, including three sold-out nights at the London Palladium, he will join Lachlan Bryan & The Wildes on the road for two weeks of headline shows across the UK, performing music from the new album. Full dates below – limited tickets available now: