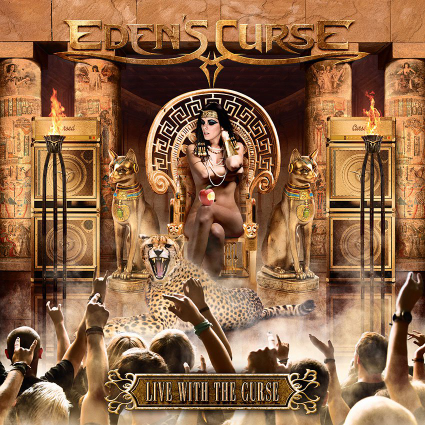 Melodic rockers nearly ready to record
Multinational melodic metal band Eden’s Curse are close to completing the writing phase on their as-yet-untitled fifth studio album, which will be released Autumn 2016 by German label AFM Records.
The follow up to 2013’s critically acclaimed ‘Symphony Of Sin’ album will once again see the band’s long term mixing engineer Dennis Ward (Pink Cream 69, Unisonic) behind the controls.
“With every new album we take a step forward and the fifth album is no different” declares bassist Paul Logue. “The band are very excited by the new song ideas and this record definitely has it’s own personality with our most progressive collection of songs yet. As always, it’s 100% Eden’s Curse” he adds.
The studio recordings will be the first to feature the band’s new drummer John Clelland (Code Of Silence, The Crows) and will include song titles such as ‘Jericho’, ‘Find My Way’, ‘Rome’s On Fire’, ‘This Is Our Moment’ & ‘Messiah Complex’ to name but a few.
Eden’s Curse are delighted to learn that the video for the lead single from the ‘Symphony Of Sin’ album ‘Evil & Divine’ has exceeded 100,000 plays on You Tube:
Watch the live video here.