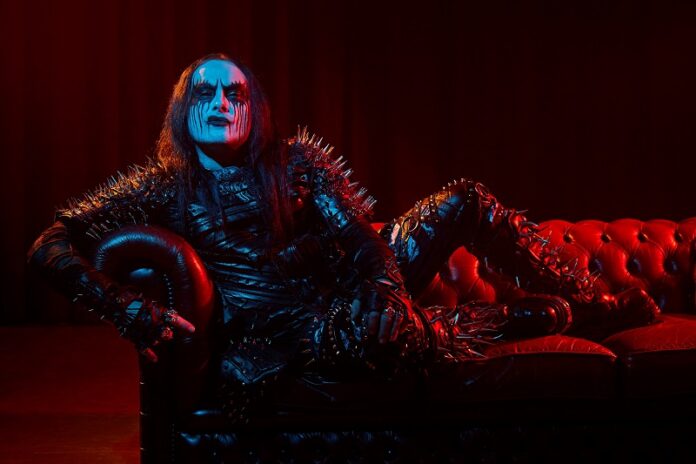 British extreme metal ghouls Cradle Of Filth are pleased to announce that this forthcoming Hallowmas season will present some freshly fiendish celebrations. The vile six-piece will be performing on Saturday 29th October at London venue Indigo at The O2, followed by an after-party set to run deep into the night. Blackgaze pioneers Alcest will be playing as support.

The evening’s proceedings will comprise a wicked set of eldritch fan-favourites and new songs alike, taken from their highly lauded new record, Existence Is Futile. The preparatory conjurations have begun and the blood oath is settled – make sure you don’t miss out, because this event is set to be a night that we’ll never forget!

Dani Filth commented:
“Hello fellow filthlings, won’t you come join us for our now yearly Monsterous Sabbat held at the 02 Indigo London for a Haunted Halloween show!
VIP will be limited to 200 and will be allowed early entry, given a laminate and lanyard. Meet and greet with the band and a photo with the band, as well be allowed access to the VIP bar ’til 6am!
We hope you join Cradle of Filth and our special guest Alcest for this most auspicious occasion .”

Tickets will go on-sale next Friday 29th April @ 10am BST, via:
https://theo2.co.uk/events/detail/cradle-of-filth-monstrous-sabbat

Cradle Of Filth recently released a stunning video for their track ‘How Many Tears To Nurture A Rose?‘, Directed by Vicente Cordero, it weaves a haunting tale – sinister, alluring and deadly. But he that dares not grasp the thorn, should never crave the rose…

Watch ‘How Many Tears To Nurture A Rose?‘: https://youtu.be/66DZejwLTAo