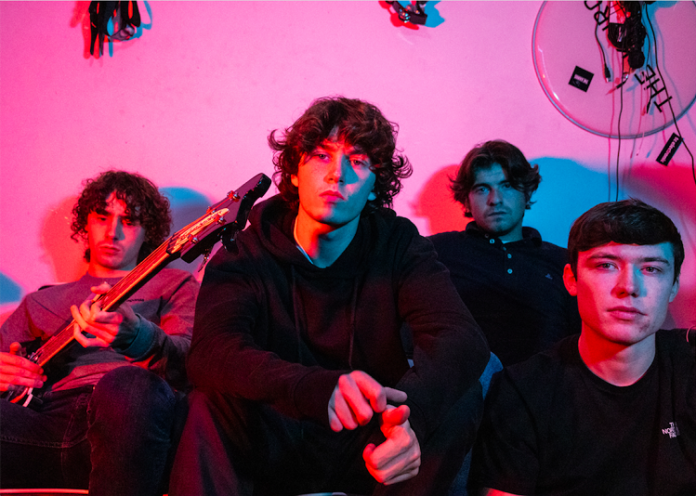 The Kairos kicked off 2022 on a mission. They played a comeback, sold out Liverpool headline show & have received national radio play from Radio X’s John Kennedy. They’ve focused on building a truly organic and devoted fanbase, aided with Spotify editorial playlist placement (Fresh Finds Rock) and have just joined fellow up-and-coming band The Skinners Brothers on their sold-out UK tour.

The Liverpool lads approach summer 2022 with their new single ‘Lazy Lethargic’, a track almost built for packed tents and festival stages with canons of cider flying overhead.  ‘Lazy Lethargic‘ showcases high octane verses and a soaring chorus that just will not escape you. The track wears all their influences on its sleeve, from the Arctic Monkeys to Fontaines D.C, while remaining innovative and unique.

The single was recorded and mixed with up-and-coming producer Ben Harper, fresh from working on The Mysterines top ten album ‘The Reeling’ and mastered by engineer Loic Gillard of Motor Museum.The accompanyingvideo was directed by Matt Snow at Snow Motion

Fans of The Kairos can catch them live at Jimmy’s in Liverpool 21st May or at The Isle Of Wight Festival.

More UK festival dates will be announced soon. Tickets can be bought here