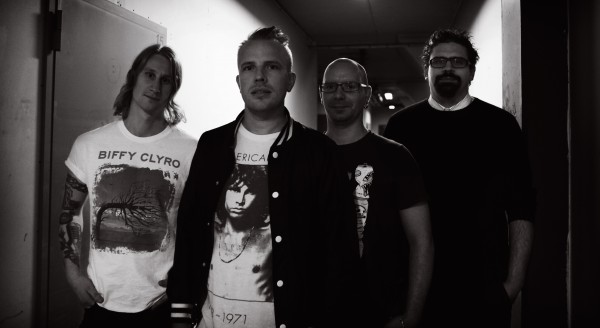 Driving rock – do you see what we did there – from Sweden

White Limo from Gothenburg Sweden plays tight, explosive, dynamic stadium rock. They tell us you can hear
influences of Foo Fighters, Biffy Clyro and Queens Of The Stone Age in their music and say they are: “A rock explosion with its heart in the right place.”

The EP Magic Formula goes deeper into the arena rock , into the honed, polished, stylish huge rock. Since the debut album Secret Sounds was released in late 2013, a more defined dynamic and honest sound has evolved from the band.  The EP is Recorded and produced by White Limo and mixed by Emil Nygren.