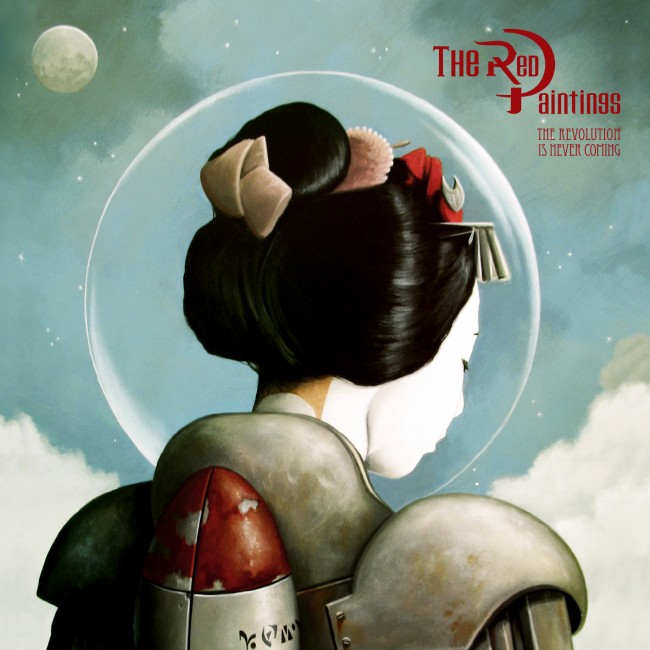 Earlier in the week they announced their UK tour. Now we tell you everything about the Aussie Art Rockers

The Red Paintings are a five-piece group (guitar, violin, cello, bass and drums) whose sound evokes everything from child-like lullabies of the future, to tearing, biting, alternative-rock numbers. Their appeal reaches baroque-pop steam-punks, metal-heads, indie-rock fanatics, and beyond. The band incorporate multimedia performance art in to their live shows and seek submissions from local artists who paint onstage in real time. With costumes, conceptual stage shows, live painting and human canvases their performance combines sound and visuals to create an experience that stimulates the senses and minds of the audience.

‘The Revolution Is Never Coming’ was 5 years in the making and features a 35-piece orchestra, 22-piece choir and more across 13 tracks of biting, futuristic alternative rock. Recorded and mixed with the late Bryan Carlstrom (Alice in Chains, Rob Zombie) in world-class studios around the globe, the band raised donations from fans to create their vision.

A new single and video are to be released on 13th July for the track ‘It Is As It Was’, the tour announcement video features this track as the soundtrack.  if you are eager to get a dose of The Red Paintings in your existence before that, check out their recent hugely popular video for the track ‘Wasps’: