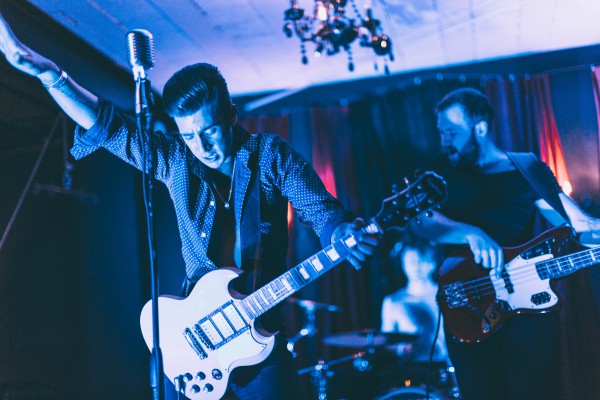 MVM spent a bit of time with these guys on tour last year, now they are back

“I guess we’re an overnight Download sensation that has been three years in the making!” explains frontman Joe.  “When you smash it four times a week in a practice shed, then cane it up and down the country every weekend playing live, this is the kind of band you get.  We’ve got nothing to lose.  There’s no plan B, no back-up, nothing.  It’s shit or bust for us.”
The Broken Chords initial studio work, notably 2014 debut single “Get Some”, indicated early promise which was warmly welcomed by BBC Radio, Amazing Radio, Shoreditch Radio, Classic Rock and myriad internet rock sites.   A second batch of tracks came with the blazing, Paul Tipler produced “Rock and Stone EP” in April 2015 and signalled a new, more mature and even harder direction.  Title track “Rock and Stone” made the Classic Rock on-line videos of the week and propelled the band to the attention of major labels and key players internationally.

The single is out on 23rd November