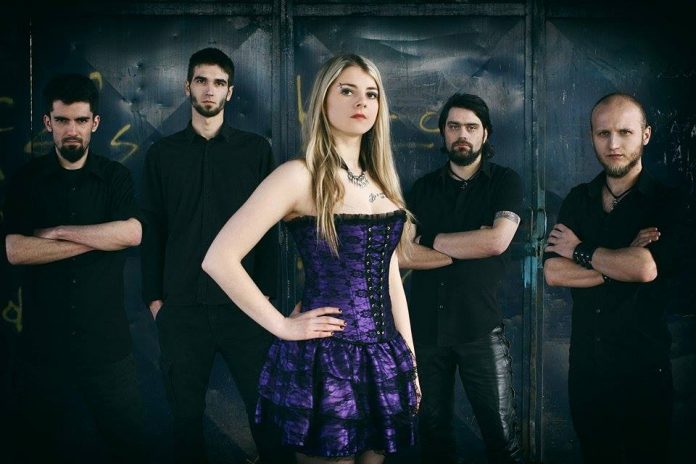 June 8, 2015
Reading time: 2 min.
Facebook
Twitter
Pinterest
WhatsApp
Linkedin
Email
Print
Telegram
Copy URL
By Andy Thorley
It’s been a long road, but finally the Croatian bands debut record is ready. Here they tell us about it.
Tearless were formed in autumn 2003 by Zlatko Kušter (guitar, vocal), Marko Bregović (drums) and Zoran Ernoić (guitar) as a cover band. “Soon after that,” they tell us,  “we started to compose our own music and write our own songs.”
The band expanded after Matija Brežni (keyboards), Josip Cujzek – Fure (bass guitar) and Kristina Mojzeš (female vocal) joined the ranks.
In 2005 the band recorded their first demo called “Reverie“, with Ivana Vuglač replacing Kristina as a female vocal. Due to some personal problems and the lack of time, Tearless were forced to be put “on hold“ until 2007.
Then, under the name “Seed of Evil“, the band continued working but with few new members. Davor Kušen (guitar), Miran Špičko (drums), Zoran Druško (keyboard) and Lucija Geček (female vocal) were parts of the “new“ band that soon reclaimed the old name, Tearless.
In the same year they recorded a new demo called “World of Shadows“ and in 2009 a third one called “The Path of Sorrow“.
The band take up the story: “Fate was not kind to us, so some of our members left the band again. There were some major changes considering the bandʾs line-up from 2010 until 2012 when we managed to put together people that are the foundation of the band – Zlatko Kušter (guitar/vocal), Filip Babić (bass guitar/vocal), Siniša Godinić (guitar) and Miran Špičko (drums). In 2013 we recorded our first full length album called “Step Into Darkness“ which contained 10 songs and featured Ivana Novak as a female vocalist in Mathlab recording studio and we became a part of Wormhole death family.”
The current line-up of Tearless is: Zlatko Kušter (guitar/vocal), Ivana Novak (female vocal), Siniša Godinić (guitar), Filip Babić (bass guitar/vocal), Miran Špičko (drums).
Those ten years were a long period of creating, starting from the beginning, sharing good and not so good times with all the people who were a part of Tearless. But they’ve all been vital: “Every individual brought something new to the bend and has left a personal “seal“ to the music we created. Our story may be a cliche but it is a proof that dreams can come true if you feel love and passion towards music.”
Their debut record will finally be released via Wormholedeath soon
Line up:
Zlatko Kušter – Guitar, Vocal