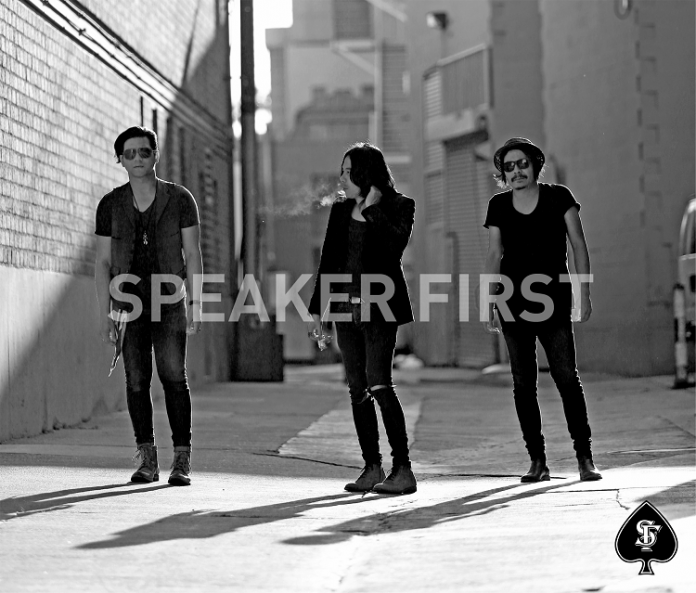 Watch now the video for Break My Soul, shot in Berlin, after they played at the Woodstock Festival Poland in front of 150,000 fans :

To celebrate the release of Break My Soul, Speaker First play 3 UK and promise audiences to “Expect good music, raucous sound, and full throttle rock n roll sound from Indonesia, a highly unexpected region for such music. For those of you who are bored, sick, tired, of the same lame ‘fake’ music airplayed over and over everywhere, should come and hear the real deal.”

Few bands really possess the hunger to take on the greats. Even fewer have the songs to back it up but Speak First do.