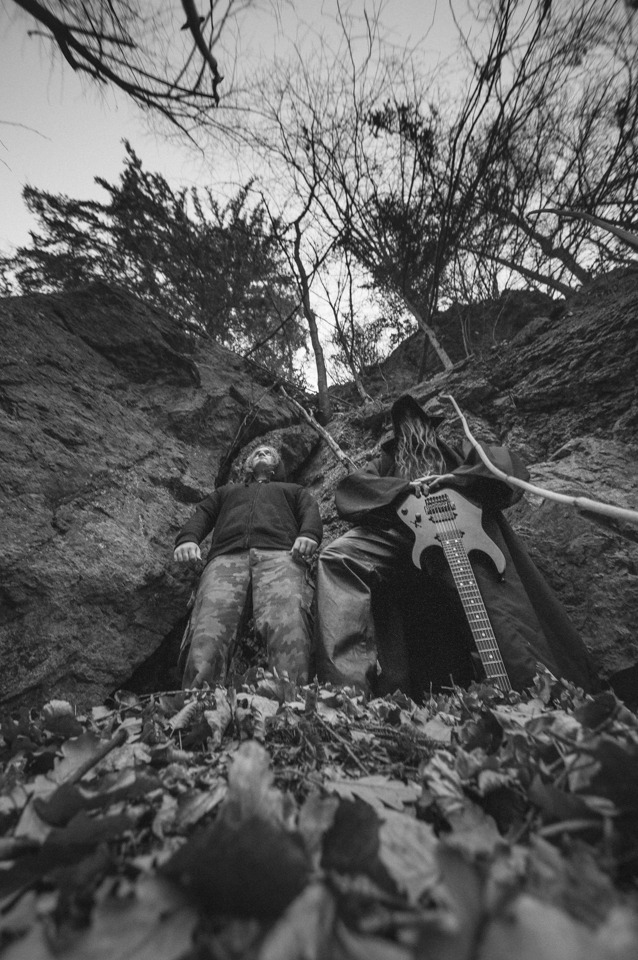 February 19, 2016
Reading time: 3 min.
Facebook
Twitter
Pinterest
WhatsApp
Linkedin
Email
Print
Telegram
Copy URL
By Andy Thorley
Never let it be said that we aren’t the most eclectic site there is…..
It was in the end of winter in March 2013 when Matej Voglar (Entheogen, The Stroj, MMBassa) sat behind his computer in his little room in Velenje, Slovenia and started a one-man-black metal band. The name of the band was █████████████, but it was pronounced Black Trail. His first song was thirteen minutes long Sellena Zolatta.

From the beginning Matej was focused in finding proper singer and a drummer for the band, so that Black Trail wouldn’t end up as three song project, but develop into a real band. After few months of infertile search, he heard that a local drummer Grega Cestnik (Carnifliate) might be interested in playing in black metal band. So in the end of september 2013 the rehearsals started with Matej on keyboards, Grega on drums and Sergej Zizek (Entheogen) on bass, but quest for vocalist and possible guitarist continued. It was then that the band took the name Snøgg.
After couple of months Sergej has left the band
and Matej and Grega were left alone.

Instead of searching for new members, Matej and Grega decided to stay a duo and took the names of Ulv and Mørke. Matej took over guitar and vocals and in January 2014 they had their first performance in local Klub eMCe plac with experimental band CvetoRamsakBodiroza and impressed the public with their jazzy approach to extreme metal.

When they returned to the same stage in June they shared it with Slovenian black metal band Cvinger. They were also impressed with Snøgg’s experimental black metal improvisations and when they started to plan their december eastern european tour, they invited Snøgg to come along. But Mørke unfortunately couldn’t go on the tour, so Ulv decided to go on the tour the way he started the band – alone.

The tour was a success and Ulv managed to get Snøgg heard outside Slovenia an gain few new fans, especially in Serbia and Check Republic. Ulv of Snøgg Demo Tour EP was released at this opportunity. In 2015 Snøgg had a few Slovenian shows and then started to prepare new album which was released in january 2016. Zizek joined the band again to record the bass guitar on EP under the name of Køzhl.