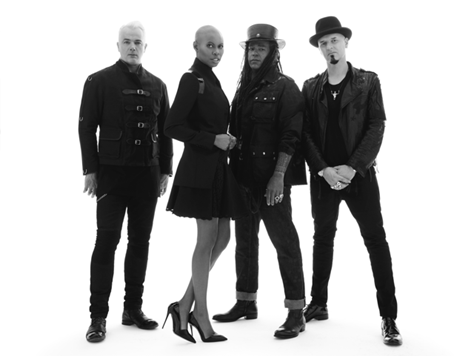 Skunk Anansie went on to become one of the biggest rock bands in Britain and Europe throughout the ’90s, selling over 5 million records and doing 7 sell-out world tours up to 2000.

In 1999, the band headlined the Glastonbury festival, and they have also performed with Pavarotti for the Dalai Lama, and Nelson Mandela for his 80th Birthday ‘Gift To The Nation’ shows.