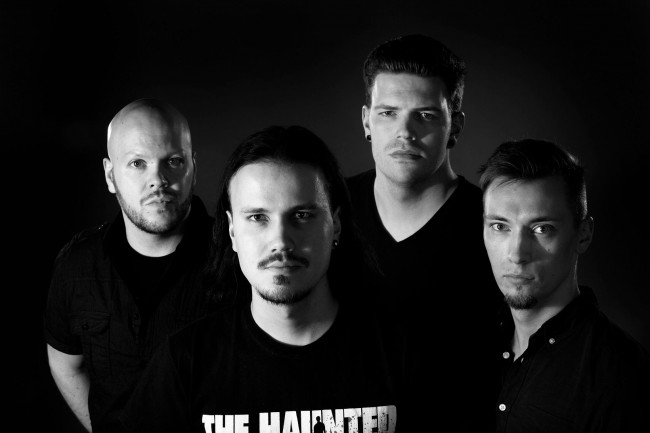 This Finnish band is to release their debut LP on 28th August. Here’s their story.

Rifftera is a band from Vaasa, Finland, playing music influenced by melodic death metal (Soilwork, In Flames…) and thrash metal (Metallica, Megadeth…) among many other genres. The band was originally formed by Janne Hietala on 2010.

This guitarist, harsh vocalist and main song writer asked friends and former band members Antti Pöntinen (keyboards) and Jupe Karhu (bass) to join him in this new band which was based on a clear basic idea: To release kick ass songs with a good production and performances. During the years that followed, the band released some demos and between those the lineup did grow by one with the addition of Mikko Kuoppamaa (guitar & clean vocals).

At this stage drums were handled with a drum machine. The band’s ability to produce the releases and perform, especially vocal-wise, improved, with huge steps from demo to demo.