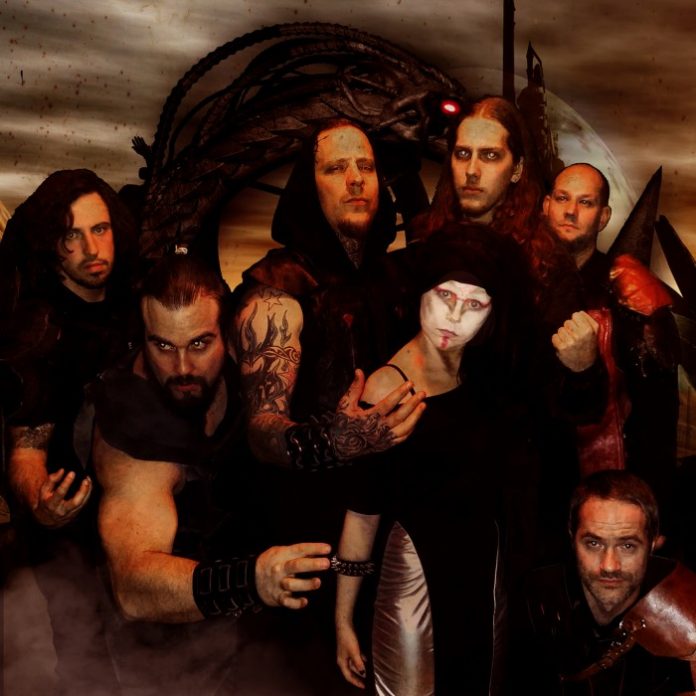 Sci fi inspired metallers who are from another dimension
Inspired by the fictitious universe of Sovael, RAPHEUMETS WELL is the name coined to the conscious deity who oversees the anastomosis of the multiverse, the master of portals and inter-dimensional travel. Being personified as a trickster, Rapheumet often creates chaos for unsuspecting voyagers. The word “Well” refers to the gravity wells, which like black holes, are catalyst of change and gateways between the cosmic plains.
“We created this name in hopes of personifying a living gateway between dimensions. We love science fiction and a few of us have extended education and degrees in science.” says drummer Joshua Ward.
Live the band’s concert theatrics is a show truly to entertain the crowd with an opus of metal while still satisfying their story lines in their music creating an intimate but relatable ambiance for fans, especially those who enjoy bands such as Dimmu Borgir, Fleshgod Apocalypse, The Faceless, Emperor, Black Crown Initiate.
For more info, please visit http://www.rapheumetswell.org/