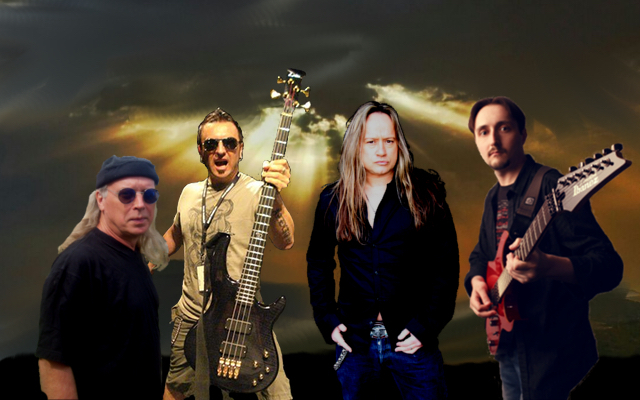 Pendulum Of Fortune are an impressive hard rock quartet consisting of English, German and
Russian members.

Their debut album, ‘Searching For The God Inside’, contains eleven songs
that are as exciting and diverse as the careers of each musician involved in its creation.

The founder and mastermind of the band is the exceptional German drummer Bodo Schopf, who
for many years was an integral part of the legendary prog band ELOY and who has also drummed
for artists such as Michael Schenker, Eric Burdon, Jack Bruce and iconic glam-rockers The Sweet.

Schopf met singer David Readman (Pink Cream 69, Almanac and Tank) while on tour in 2014.
He played the Englishman some of his newly written songs and Readman was so enthusiastic
that he committed to an album project on the spot. The recruitment of bassist Franky R was a
no-brainer, as he and Schopf had played together in the Michael Schenker Group, plus Franky
had additional pedigree having played with Ronnie James Dio, Kingdom Come, Vanden Plas
and other excellent acts. The quartet was completed with the recruitment of Russian guitarist
Vladimir Shevyakov, a studio musician and classical guitar player.