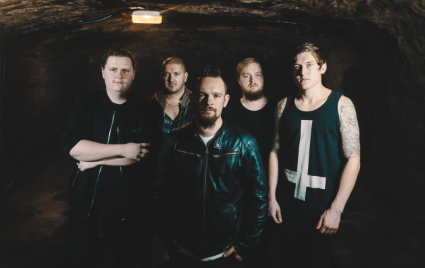 Nottingham rockers with a new EP in June

Formed in Nottingham and born in 2011, Patriot Rebel have steadily and impressively climbed through the ranks of the UK music scene, aided by delivering a sound that pulls from everyone from Alter Bridge and Shinedown, through to Black Stone Cherry and Avenged Sevenfold.

After meticulously fine-tuning their live set, the five-some soon picked up a growing reputation for presenting an explosive live performance. It was no surprise that extensive touring and festivals soon followed, as the band secured main support slots with the likes of Y&T, Tesseract, The Treatment, Jettblack and Skarlett Riot. And it wasn’t too long before the ascending rockers sold out the legendary ‘Rock City’ in Nottingham.

With Patriot Rebel’s live reputation thriving, the alt rockers turned their attention to releasing their debut record ‘Two Worlds’. Produced by Matt Elliss (Black Spiders, Terrorvision, Skarlett Riot), the record went on to receive huge acclaim from Big Cheese Magazine and Rock Sound, as well as rave reviews from many key online outlets. The riff beasts continued their climb and lifted a video single for ‘Propaganda’ from the EP. The ‘Propaganda’ video went on to grace TV screens and was put on heavy rotation with Scuzz TV, with the single being playlisted by Planet Rock Radio for their ‘New Rock Show’. 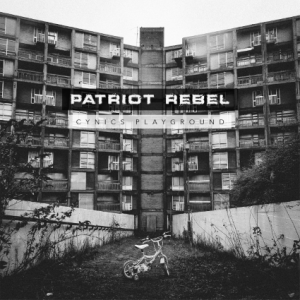 Following from the touring cycle for their debut EP, the band headed back to Axis Studios to begin work on the follow up to ‘Two Worlds’. After numerous sessions, the quintet finally emerged from the studio armed with an EP entitled ‘Cynics Playground’ and it even manages to eclipse their impressive debut record. Bursting with five cuts that are flowing with chunky rhythms and stout riffs merged with soaring vocal lines, this is a record, and a band, that you need in your life.