At The Top Of Their Lungs 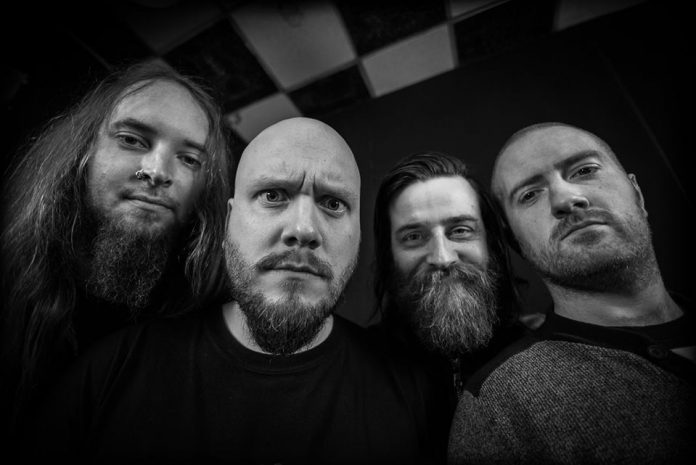 UK psych-sludge colossus BOSS KELOID have premiered the trippy new video for their monolithically crushing track Lung Mountain via Metal Hammer Magazine. The track is taken from their forthcoming highly anticipated sophomore album Herb Your Enthusiasm which is released on April 8 via BlackBow Records.

Their forthcoming album Herb Your Enthusiasm, which has been receiving stellar reviews worldwide, is as heavy as it is massive and as filthy as it is passionate. Recorded and mixed by Chris Fielding at Skyhammer Studios (Conan, Electric Wizard, Napalm Death) and mastered by James Plotkin (Khanate, Isis, Conan, Palms) the result is an album that embodies originality, invention and unstoppable creative urges throughout with the added extra of guest vocals from Jon Davis of Conan on ‘Lung Mountain’ and ‘Chabal’. 10 huge tracks wind their way through a myriad of hypnotic low-slung grooves, hulking riffs, captivating hooks and technical bi-polarcore for an experience that is both viscerally discomforting and invigorating.

Having perfected their sound on stages at Riff Fest and Red Sun Festival and with supports for Soulfly, Raging Speedhorn, Gurt and Slabdragger under their belt, as well as a UK tour with Widows, the band are set to spend the rest of 2016 gigging and touring, announcing the first in a string of dates to promote the release of their album, as follows.

Herb Your Enthusiasm will be released on April 8 via Black Blow Records. Pre-orders are available now.