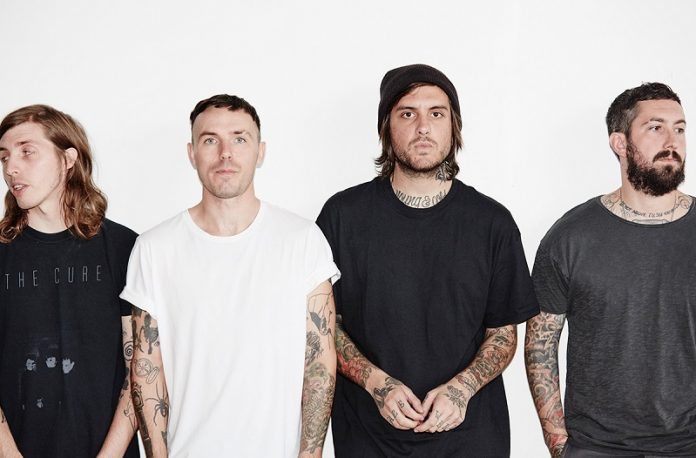 Louder than you’d think, and new album proves the point

People often wonder why NOTHING are so damn loud. In the case of many artists, the volume stems from a preoccupation with negativity, misanthropy and the human condition. But while NOTHING’s attitude lines up with these ideas, their personality isn’t one that the band picked from a list of clichés. It’s one moulded by their own experiences, from family troubles and personal tragedy to a string of bad luck that Murphy’s Law would balk at. And that volume, rather than a selling point, is the only way the band has been able to translate the difficulty of real-life events into musical form.

Tired Of Tomorrow is a record born out of a chain of events that forced Palermo to drastically re-think and re-shape his perspective about both life and music. Borrowing from personal memoir and external works alike, NOTHING have worked the deepest influences of their youth and maturation into a package that’s ultimately at its most relevant in the present day.

Tired Of Tomorrow was originally set for release via Collect Records, until the band discovered that the label had been funded by the now-infamous hedge fund manager Martin Shkreli, whose roster subsequently dissolved under the weight of the unsettling controversy surrounding him. Though the album was written before the Shkreli debacle, Palermo sees those events to only have strengthened the sentiments and ideas behind Tired Of Tomorrow, rather than confuse its message. It’s a mess to think about, but as always, the contradictions and paradoxes of the kind NOTHING harnesses ultimately lead to the greatest revelations, and the band’s personal and tragic path has nonetheless led NOTHING to produce deeply heartfelt and inspiring music. Whichever way you want to look at it, you can’t deny that NOTHING feels good.

The band’s 2014 debut LP Gulity Of Everything, a record inspired largely by the events surrounding Palermo’s incarceration in 2002 following an aggravated assault charge (to which he pleaded self-defense), garnered widespread critical acclaim from the likes of Rolling Stone, NPR, Stereogum, SPIN, Noisey, The FADER, Vogue and many others.  Having toured relentlessly across North America and Europe, playing with the likes of DIIV, Merchandise, Torche, Failure, Hum and many more, NOTHING will play the following tour dates detailed below with two UK performances slated for May 13 at Rough Trade East (unplugged instore) and London’s Moth Club.

May 13th 2016 will see the worldwide release of Tired Of Tomorrow via Relapse Records on CD / LP / Deluxe 2xLP (with two bonus tracks) / Cassette / Digital.

Previous article
It’s An Order
Next article
War? This is What It’s Good For