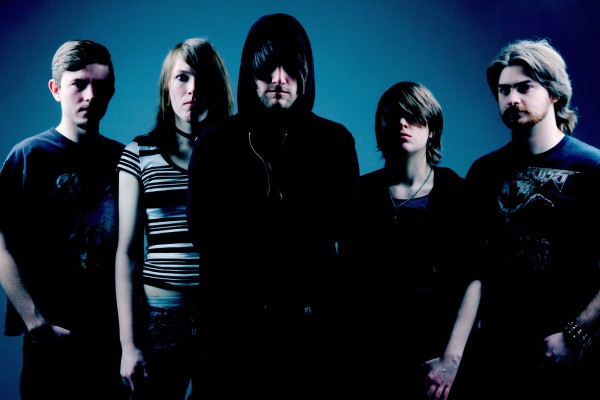 One of them is called Red Skull. Which we like a lot. Well done Mr and Mrs Skull for giving your first born the name Red, possibly……

Mellevon is a metal band from Montréal, Canada. It was originally conceived in 2009 by guitarist April Hutchins as a solo project.

In 2011, it expanded to accommodate four additional members; vocalist Gabriel Tulli, bassist Stefan Guaiani, drummer Jermeel Chase, and keyboardist Chel Vorsteher.
In Spring 2012, Mellevon caught the attention of Montreal-based producer Glen Robinson, who has worked with Voivod, Annihilator, Probot, Gwar and many others, and recorded their studio debut Chaos Reigns. The album was released in February 2013.
Due to irreconcilable differences, Tulli and Chase parted ways with the band in mid-2013 on amicable terms. In their stead, vocalist Red Skull and drummer Colin MacAndrew joined the lineup.
Over the course of the following year, Mellevon composed and recorded relentlessly and finally released their sophomore record, Solace, in December 2014.