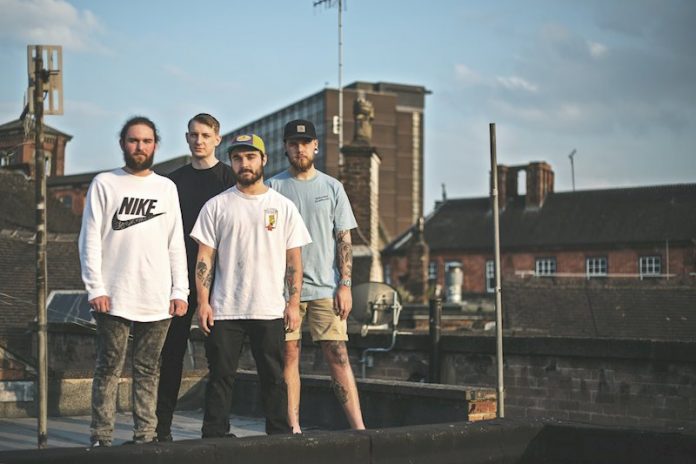 Hailing from the city where Slash grew up and Lemmy’s birthplace, UK hardcore posse OF LEGIONS are a formidable, raw, crushing and passionate unit.

The Stoke four-piece take their cues from many quarters – punk, metal, rock and hardcore, and cite everyone from Black Flag, Slipknot and Parkway Drive, as influences. OF LEGIONS unleash their debut album, Face Value, on Friday 16thFebruary and they’ve just revealed a new track for Suicidal Thoughts, here – https://youtu.be/U1z91FCLKoc

Born in 2015 and consisting of guitarist Sam Morrey, vocalist Luke Mansfield, bassist Ollie Lewis and drummer Nath McCue, OF LEGIONS found their sound and the right line-up around the release of their second EP, Blacklisted. The record helped to solidify the band and placed the hardcore crew on the map. An increase in followers and a surge in support slots soon followed, as the quartet began to share stages with the likes of Gideon, Desolated, Silent Screams, Liferuiner, Martyr Defiled, TRC, Machete 187, Continents, and Brokencyde.

OF LEGIONS kick on again with the release of their blistering new album, Face Value. Fronting nine slabs of bruising hardcore-infused metal, the Northern riff beasts’ debut full length is a diverse offer, and one that packs a serious blow to the senses. Look out for their new track, Suicidal Thoughts, and their forthcoming video single, No Loyalty. 2018 is set to be a busy year for the rising hardcorers.