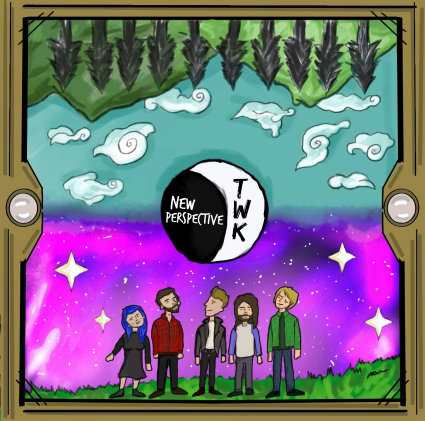 Those Who Knew have arrived and they express their own buoyant blend of Brit-rock, which tugs from the hooky articulation of Deaf Havana, the utter rock dynamism of Lower than Atlantis, and the song-writing dexterity of the Foo Fighters. Flaunting an alternative edge with probing guitar rhythms and engaging vocals, the five-piece release their enticing debut EP New Perspective on Friday 28th April.

Born out of Nottingham, Those Who Knew were formed at the start of 2015 and feature Danny Graves (Vocals), Danny Peet (Lead Guitar), Jordan Toal (Rhythm Guitar), Joe Miller (Bass Guitar), and Emily Hall (Drums). With an affection for captivating and driving alt-rock, the quintet hit the road early, and now have relentlessly played throughout the Midlands and Yorkshire, and as their growing fan-base will testify, the industrious crew are not to be missed. Once their live reputation was in full flow, the band turned their attention to laying down tracks in the studio.

Those Who Kneware now prepared to unleash their debut EP, New Perspective, this April and it deftly illustrates the alt rockers’ guile and song-writing capabilities. Their current single and opener Losing Touch has solidly racked up keen support from BBC Introducing and is already a firm crowd favourite with its bouncy vigour and hooky refrain. Also on the record, the insanely entrancing Seventeen is fated for widespread radio airplay as it oozes a contagious refrain underpinned with an infectious groove. Those Who Knew have managed to deliver a debut record that is sure to pilot the band to dizzy heights in 2017 and beyond!