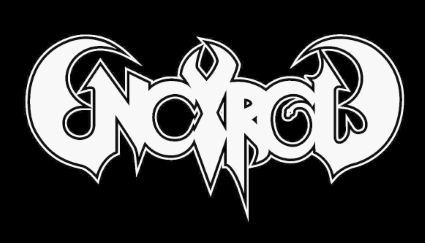 Danish band come through the fires of hell. Or something.

“The Gate Is open, the fire is raging. A pregnant serpent slithered through the night, and in the sleepless summer of 2012.”

And that’s just their press release.,,,,,

What it actually means is ENCYRCLE was formed three years ago.

Inspired by the wild magic of the broken circle, the Danish band plays their own brand of ‘nocturnal speed metal’ that opens the door into the wilderness of the soul. Despite having strong roots in the old school of metal, the band thrusts a knife deep into the heart of conservative genre expectations and freely rides its own wave.

According to the band, their self-titled debut album “will deliver an unpredictable mixture of fierce melancholy and doomy razorblade shredding.”