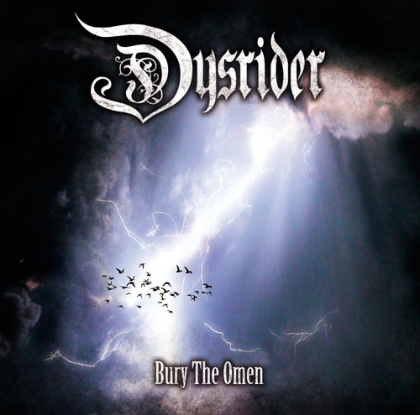 Previously known as Trophallaxy, Swiss symphonic death-metal quintet Dysrider formed in 2007 and released two albums, “DawnFall” (2010) and “Resilience” (2013), before changing their name to the the one they have now.
Freshly signed to Tenacity Music, the Swiss group is now ready to release their first album under the Dysrider moniker titled “Bury The Omen”. Recorded, mixed and mastered by Vladimir Cochet (Promethee, Voice Of Ruin, Conjonctive…) at Conatus Studios and featuring 10 new tracks, this new effort displays a masterful combination of heavy and fast riffs, growling vocals with symphonic elements and the sweet, melodic singing of Joëlle.

“Bury The Omen” was released on February 27th through Tenacity Music and will appeal to fans of bands like Ominum Gatherum, Wintersun and Children of Bodom.