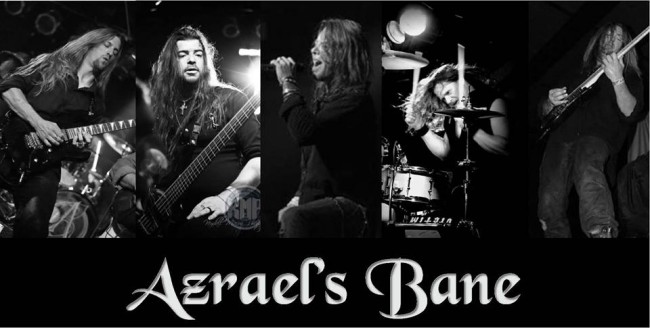 Combining the haunting melodies of Queensryche and Crimson Glory with the more mainstream approach of Lillian Axe and Leatherwolf, Azrael’s Bane issued their independently released debut album “Wings of Innocence” in 2004 which was widely acclaimed by specialized hard rock / metal media reviewers which included a perfect (5 out of 5) review score from legendary Los Angeles, California radio station website KNAC.COM.

The band saw Chavis Records do a re-release of the enhanced album in 2005 which featured a stunning cover of the Ozzy Osbourne classic song “Diary of a Madman”.

Based on the strength of their debut album, Azrael’s Bane was personally invited to play the 2005 MONTERREY METAL FEST II in Mexico in direct support of the main stage bands which included headliner Motorhead, Danzig, Mago de Oz, W.A.S.P., Hammerfall, Beyond Fear, Metal Church and Into Eternity.

In 2009, the band again independently released their 2nd album “Modern Day Babylon” to another wave of critical acclaim by the worldwide melodic rock music media.

The band is currently writing music for their 3rd album to be tentatively released in 2016.