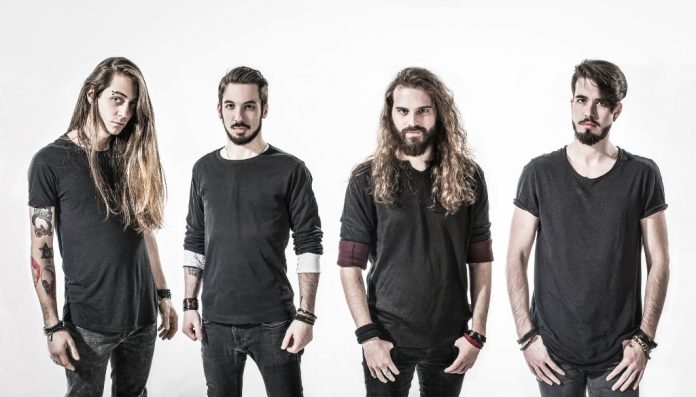 “We consider ourselves more a family than a band. We’ve all know each other since we were kids and we’ve been playing together since we were 12.” explains Alessandro Ferrarese. “ANEWRAGE is just a nickname, a monicker; something we can use to call this group of true friends who believe in the same dream: living with music and putting every drop of energy into it.”

The band previewed ‘Evolution Circle’, a track taken from the forthcoming album release via their YouTube channel and Facebook page to give their fans a taster of what’s to come from the new record. Check that out here below..

In Italy ANEWRAGE have worked very hard to get their name as much coverage as possible. They toured all over Italy and Switzerland, sharing the stage with some incredible bands; Gamma Ray, Freak Kitchen, Dreamshade and DESTRAGE, to mention a few, and in 2015 were SXSW finalists for their ‘ANR’ album trailer, alongside some huge names like The Lego Movie and Pacific Rim. The band have spent the last year writing ‘Life-Related Symptoms’ and really took their time to explore their music with this release. They have melted different genres into something new and unexpected, trying not to stick to a precise formula and enjoying music in all its nuances.

‘Life-Related Symptoms’ is very different, compared to the bands first offering but has a wide range of metal influences from Alter Bridge to Slipknot. The band never give up exploration and have put a lot of different influences in this album, concentrating on not giving it a precise direction. If you’re looking for rock, alternative metal, electronic music with orchestral arrangements then this is the album for you.