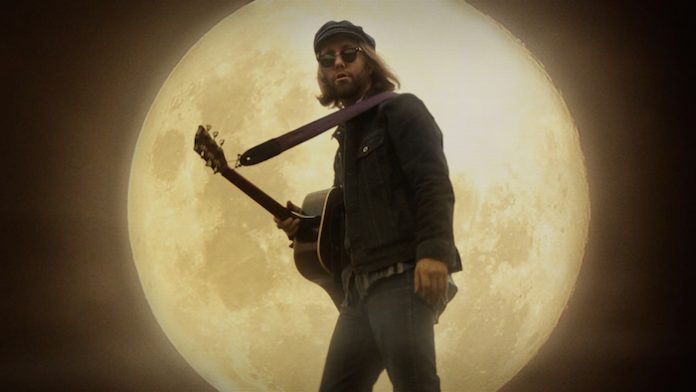 Praised as, “a study in sturdy, [Tom] Petty-esque hooks” by NPR Music, Aaron Lee Tasjan’s new single “Till The Town Goes Dark” is a standout track from his critically acclaimed debut album Silver Tears.
UPROXX premiered the Curtis Wayne Millard-directed new music video for the song, saying, “the lo-fi and occult clip features detectives, hippies, gypsies, cats, and a banana phone, all of which effectively capture the alternative energy of the mid-tempo Americana track.”
Silver Tears emerged as a breakthrough album of 2016 with year-end accolades such as NPR Music’s “Best 50 Albums of 2016,” American Songwriter’s “Top 50 Albums of 2016,” Rolling Stone’s “10 Best Country Videos of 2016,” and many more. Never one to shy away from life on the road, Tasjan has been touring extensively since the release of Silver Tears with appearances that include support for Sheryl Crow, Lucinda Williams, The North Mississippi Allstars, Shovels & Rope, and St. Paul & the Broken Bones. Tasjan’s summer tour will continue with a trip across the Atlantic, with performances at the End of the Road and Electric Picnic festivals, and multiple headline shows in the UK.
In September, he will play a showcase at Nashville’s Americanafest in celebration of his “Emerging Artist of the Year” nomination for the Americana Music Association’s 2017 Honors & Awards, as well as make an appearance at Pilgrimage Music Festival along with Justin Timberlake, Eddie Vedder, Ryan Adams and more.

Silver Tears careens from pot paeans to brooding, cinematic observations to laid back ‘70s country-rock and introspective folk. NPR Music calls it “an embarrassment of riches in one musical package,” and The Wall Street Journal explains, “It certainly would seem unlikely for a singer-songwriter and guitar prodigy to have had a career arc that’s taken him from the arena-filling, urban-glam rock band the Semi Precious Weapons and a stint with the latter-day New York Dolls into Tom Petty-influenced roots rock and sly, observant acoustic Americana balladry, becoming a leading light of the burgeoning East Nashville music scene in the process. But that’s the versatile and gifted Aaron Lee Tasjan’s singular story.”Silver Tears was produced by Eli Thomson (Father John Misty’s band) and features a band comprised of Thomson, David Vandervelde, Frank Lenz(Starflyer 59, Richard Swift), Dan Bailey (First Aid Kit), Max Hart (Guster) and Charlie Peterson. While calling East Nashville home, Tasjan recorded the entirety of Silver Tears in Southern California at Elliott Smith’s former studio New Monkey in Van Nuys, as well as Sonikwire Studios in Irvine, and Club Casino in Huntington Beach. “Romantically, I had the idea of Tom Petty in the studio, jamming, trying to capture different feels and see where the day was,” Tasjan reveals. “I wanted it to be live, to have that intensity that draws people in.”