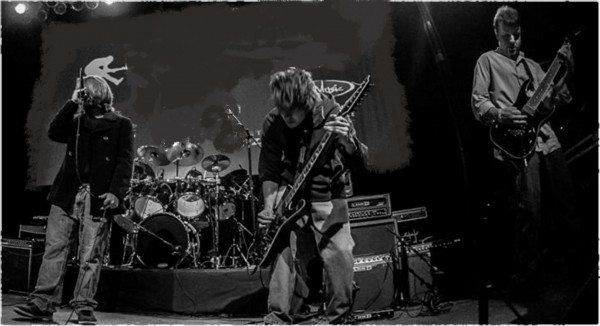 You follow a band and a minute or two later get a message back from them, thanking you for the follow and asking you to check out their video.

So hopes weren’t high when after following Big Tobacco Company – a metal band from Cincinnati – we got a notification.

Except this one was different: “s’up.” It said. “Like a fat kid down a hill, that’s how our music rolls.” We like these guys.

It turns out that Bobby Ullman, guitarist with Big Tobacco Company, has little truck with convention. You can tell that in the five piece’s sound. It’s not – shall we say conventional. This is a fact they happily acknowledge, saying: “We constantly evolves in sound and diversity as the overplayed idea of trying to be the heaviest and fastest has been thrown out the window and substituted by the ideology of making music for music’s sake while simultaneously making a comfortably unsettling experience for their live audience, keeping awake a musical genre that has arguably been asleep for years.”

This evolution has been going on for two years, in fact, since the band formed. Founded by brothers Evan and Alec Ullman (respectively vocals and drums) alongside guitarist Brad Burns, Big Tobacco Company gained hundreds of thousands of online song plays within weeks of their initial launch in 2012.

Before releasing their first six professionally mastered demos in 2012, the band gained its fifth member, Bobby, who had jammed with the band several times prior. With him he brought forth his business prowess, musical education, and experience in the touring world to the table.

That’s where the band are heading. Claiming they will release their debut album worldwide soon. Final word, though, should go to Bobby: “You know, the people who constantly ask you to RT crap are the online version of Jehovah’s witnesses,” he says.

That’s cleared that up, then.

Check the band out online