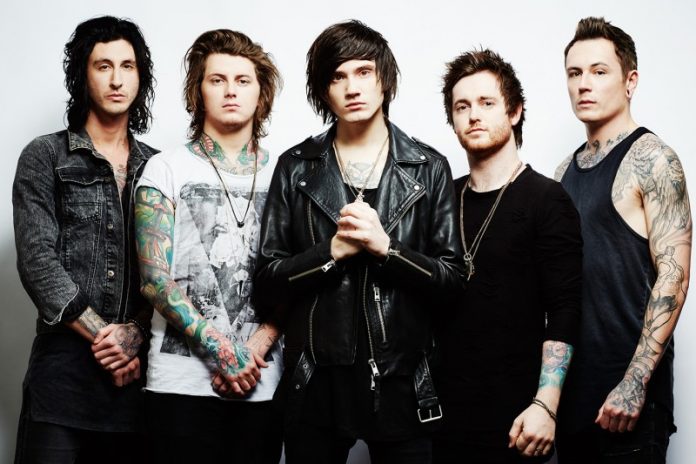 ASKING ALEXANDRIA are perfectly poised for the biggest year of their already illustrious career with the release of their fourth full-length album, The Black (March 25th). Couple that with yet another huge North American trek with fellow countrymen, Bullet For My Valentine, starting April 30th and all the pieces are set into place.

In anticipation of the release the band are very proud to present the striking, new music video for the new disc’s opening track, ‘Let It Sleep.’ The group once again teamed up with renowned director Ramon Boutviseth (Dream Theater, Nonpoint, Veil of Maya), who also shot the band’s last video for ‘The Black.’

Pre-Orders for The Black are also now exclusively available at http://askingalexandria.com

Life is all about how quickly you get back up. In January 2015, everything changed for Asking Alexandria. The chart-topping, gold-selling UK hard rock outfit parted ways with singer and founding member Danny Worsnop. On the outside, the future might’ve seemed uncertain—even grim—to some, but Ben Bruce [lead guitar, vocals], James Cassells [drums], Cameron Liddell [rhythm guitar], and Sam Bettley [bass] dusted themselves off, lifted their chins, and got right back up.

“We hadn’t reached our destination yet, and Danny had,” admits Bruce. “I think it was necessary. When it happened, I was devastated. I lost my best friend. We even started referring to this part of our career as ‘The Black period.’ It was the darkest time, but we weren’t going to give up. If he hadn’t left, I don’t think we would’ve been as inspired as we were. I also don’t think Asking Alexandria would still be around. Instead, we’re more excited than ever about this band.”

In order to properly do that, the band actually turned to a fan. Ukrainian singer Denis Stoff gained notoriety posting Asking Alexandria covers on YouTube and consequentially inked a deal with Sumerian Records in his band Down and Dirty. Bruce shot him an email one night. The next day, a new Asking Alexandria song had vocals and a new era in the band’s history took form.

Asking Alexandria have been announced to play at this years Reading and Leeds festivals August 26-28 2016.