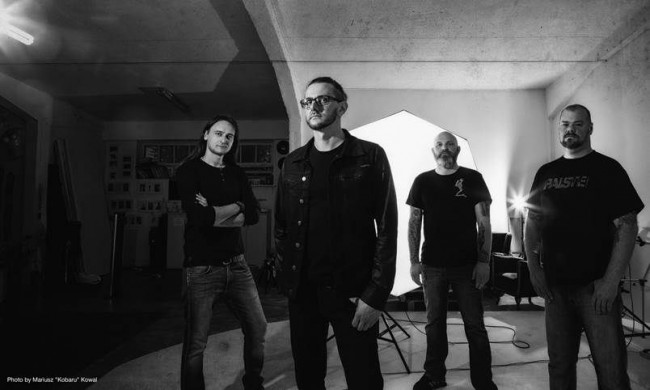 After having successfully completed a first string of European shows to pre-promote their upcoming studio album “Love, Fear and the Time Machine”, which is set to be released on September 4th, 2015 via InsideOutMusic, Polish prog masters RIVERSIDE are now unveiling a next, second teaser for the album.

RIVERSIDE’s “Love, Fear and the Time Machine” will be available in the following formats:

Gatefold 2LP with 180gr. vinyl and album on CD as bonus

The pre-sales for “Love, Fear and the Time Machine” are beginning TODAY in Europe and North America.

Check here for details and all available physical formats or bundle options with a shirt:

Previously, RIVERSIDE revealed a first track off the album via a lyric-video.