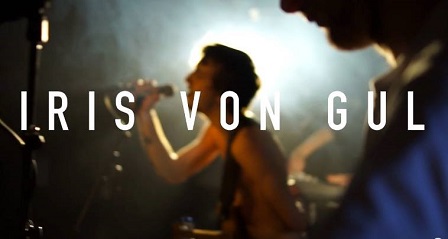 A few days after unveiling a music video for the single “Artemis”, French Alternative rock/industrial/electronica outfit Iris Von Gul just released its debut self-titled mini-album available right now for Limited CD Edition and digital on the main legal platforms (iTunes,Deezer…) with the help of We Are Vicious collective.

In addition to the official release, the EP is also available for entire streaming on Bandcamp and SoundCloud.

Brainchild of Sam Barbier (also involved with Aya & Neverland) & Denis Dedieu (also known under the moniker of Adouk Boucan and for his work with garage-dark trap project “Delu”), both music producers, Iris Von Gul is a new project coming on the indie scene as an hallucinate journey between machines, electronic punchy distortions and psychedelic atmospheres.