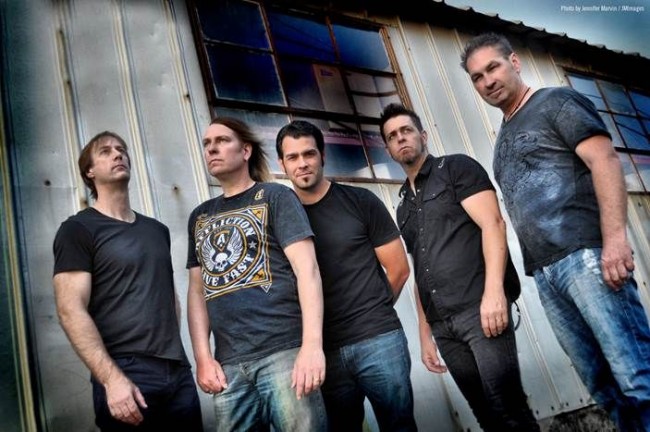 ENCHANT, the Bay Area’s long-running Prog Rock institution, are finally returning for live appearances in Europe this October in order to promote their acclaimed comeback album “The Great Divide”, which was released via the band’s longtime label partner InsideOutMusic last year.

The tour will be a double-headlining bill featuring ENCHANT as well as Hasse Fröberg & Musical Companion, kicking off (for ENCHANT) at the 2015 edition of ProgPower Europe festival in The Netherlands on October 4th. Here are the exact dates:

ENCHANT’s Douglas A. Ott checked in about the band’s upcoming touring activity as follows:

“We are super excited to be headed back to Europe to play for our fans! It’s been way too long and we’re looking forward to being back on the road performing again, playing old favorites and a bunch of new material from The Great Divide! We are doing a double headlining tour with Hasse Froberg & Musical Companion, which will be a great overall evening of killer progressive music every night! Hope to see everyone come out for these shows!”

Additionally, ENCHANT have confirmed the following appearances in North America:

“The Great Divide” was ENCHANT’s much anticipated 8th studio album and their first new recordings in almost ten years, following their acclaimed latest studio album “Tug Of War” in 2003 and the “Live At Last” double-album / live DVD release in 2004.