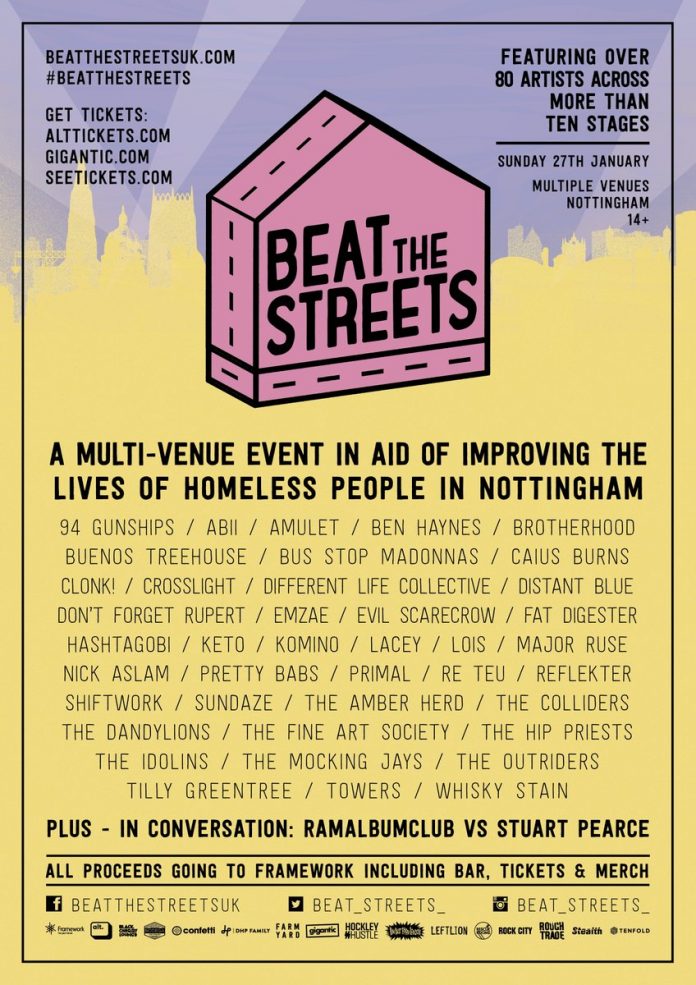 EVIL SCARECROW have just been announced for ‘Beat The Streets’ Festival in Nottingham on Sunday 27th January.

Charity festival Beat The Streets has today announced the first wave of artists for its 2019 edition. Amongst the 40+ acts confirmed so far is popular metal band Evil Scarecrow, as well as a former Forest and England footballer Stuart Pearce in conversation with RamAlbumClub.

Taking place on Sunday 27 January 2019, the festival spans 10+ stages in venues across the city centre. All proceeds raised from ticket sales, merchandise, and bar sales in DHP venues will be donated to Framework.
Nottingham metallers Evil Scarecrow have been captivating audiences for many years. From playing in local pubs, to holding their own on Bloodstock Festival’s main stage, the band are renowned for their epic live shows. This year saw the release of their highly anticipated 4th album, ‘Chapter IV: Antartarctica’, which they’ll be touring throughout the UK in January 2019.

Stuart Pearce is a name beloved by many a football fan. The former Forest captain is best known for his 12 years with the club and winning the League Cup twice. He also had stints with Coventry City, Newcastle United, West Ham United and Manchester City, while garnering 78 caps for England and helping the international side reach the semi-finals of both the 1990 World Cup and Euro 1996. Pearce later went on to a career in management, looking after England’s Under 21 team and the GB football team in the London 2012 Olympics. A long-term punk fan whose favourite band is The Stranglers, Stuart will be in conversation with RamAlbumClub’s Martin Fitzgerald.

Elsewhere on the line-up is a host of up and coming local artists, showcasing the breadth of talent within the city. Rock-pop duo Brotherhood, former Future Sound of Nottingham winners, played their biggest headline show to date earlier this year with a sell-out gig at Rescue Rooms. 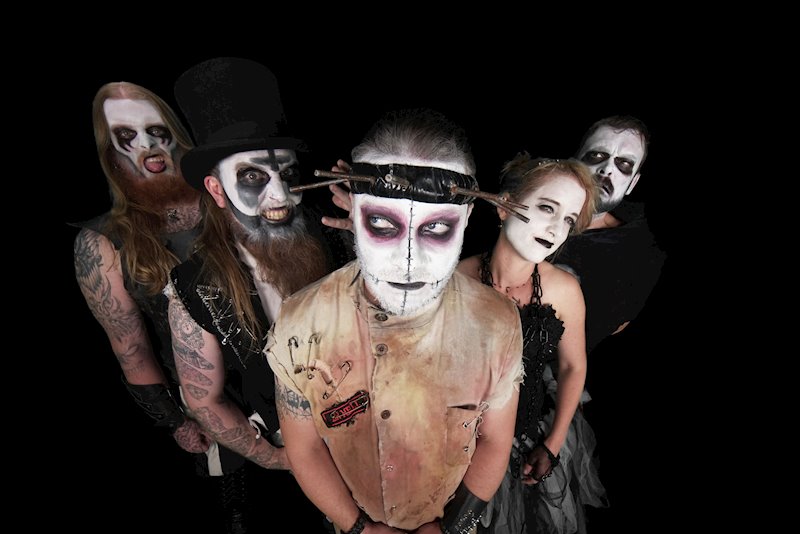 Beat The Streets is being delivered by DHP Family in collaboration with local organisations and music groups including I’m Not from London; Farmyard Records; Hockley Hustle, and Rough Trade. Tickets priced £6 are on sale now from www.alttickets.com and will allow access for 14+ to all participating venues. Further line-up announcements are due to follow shortly, keep an eye on the social channels for updates.
Participating venues: Rock City, The Black Cherry Lounge, Stealth, Rescue Rooms, The Bodega, Rough Trade.
FB: www.facebook.com/pg/beatthestreetsUK//

Evil Scarecrow’s fourth album sees them take another giant leap forward with the release of this sumptuous monster of a record, blending metal and melodies with riffs, roars and razor wit, it is everything you would expect from these multi-talented and exceptionally creative musicians. Chapter IV: Antartarctica sees this unique band keeping their own surreal space-time continuum moving ever onwards & upwards, running as smoothly as only Evil Scarecrow can.