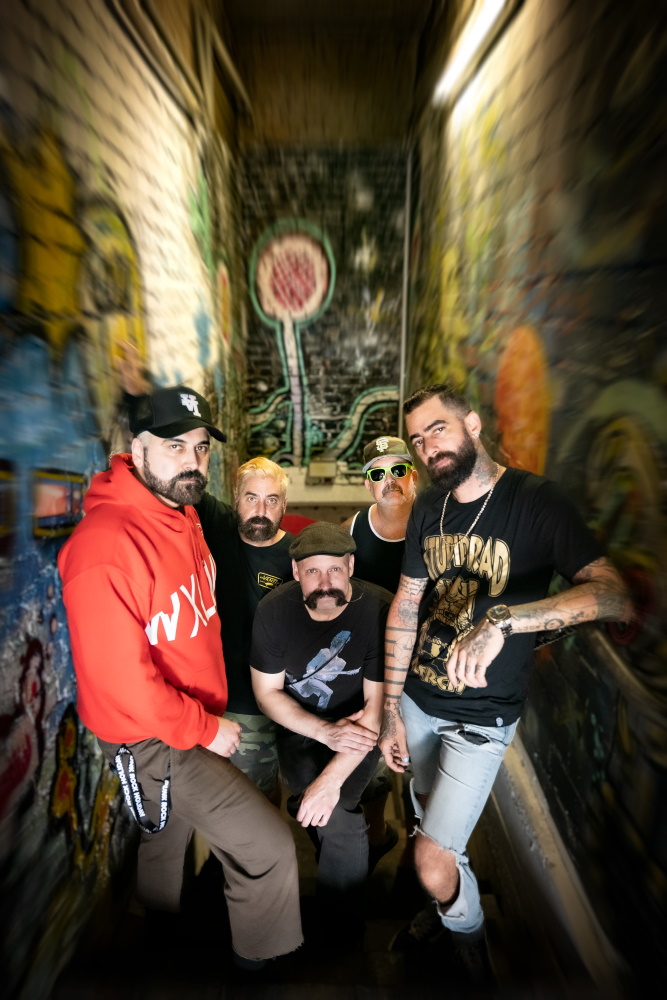 zebrahead have released their new single ‘Evil Anonymous’, adding a touch of ska to their genre-bending blend of rap-core and punk-pop. The track is the third taste of their upcoming EP II, due for release on 3rd February 2023.

zebrahead enlisted the help of their friends from the La Pobreska horn section to add some extra flavour to ‘Evil Anonymous’.

“‘Evil Anonymous’ is about those people that praise when you’re winning, but when you’re losing, they show their true colors,” explains vocalist/guitarist Adrian Estrella.

“An evil ska song that kicks you in the teeth while making you sing along. Time to cut loose and dance along…you know you like to dance,” adds bassist Ben Osmundson.
With a renewed fire, zebrahead have been playing shows across the globe and fitting studio sessions in between, as they prepare to roll out new music throughout 2023. From an epic, productive studio session came a series of EPs: III, II and I. Monthly song and video releases will culminate with the band’s II EP in February 2023, the follow-up to zebrahead’s III EP which was released in 2021. Their I EP is expected to drop in late autumn 2023.

zebrahead have announced USA and European headline shows in January and February 2023, followed by festival appearances including Slam Dunk Festival and When We Were Young Festival. Head to the band’s website for full tour dates: https://zebrahead.com/tour-dates/

Previous article
INTO A SPIRAL
Next article
REMIXED MICE