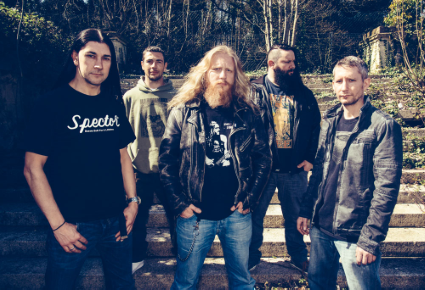 Northants heavyists get ready for war
Northamptonshire metallers KRYSTHLA will release their debut album ‘A War Of Souls And Desires’ this September via PHD.
Featuring former members of UK metal heavyweights GUTWORM and DEADEYE – Krysthla’s crushing debut album will resonate with fans who like their metal on the dark side but layered with sonic soundscapes that explore musical boundaries and pushes the envelope as to what British metal is.
Founding member/guitarist Neil Hudson says “After we finished with Gutworm in 2010, songs were already slowly being pieced together with a new sound and approach in mind. This also included a new vocalist in Adi Mayes (former frontman of Deadeye and prior to that, Violation).
It was really important to get the line up right.  After auditioning other members it soon became clear that only the original Gutworm line up with the addition of Adi could physically deliver what Krysthla required.”
Krysthla have signed European and worldwide distribution deals with Plastic Head (PHD) which will see the album stocked in record stores across the UK as well being available via digital distributers including iTunes, Amazon and Spotify worldwide.
Krysthla’s three track sampler EP ‘A Thousand Points Of Light’ was released in 2013 and after two years writing new material, the band’s evolution has been realised with this astonishing debut album which takes extreme metal to new heights and is truly British. 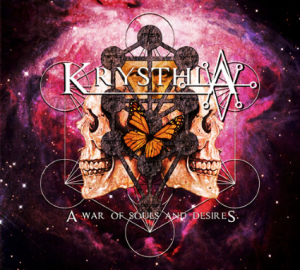