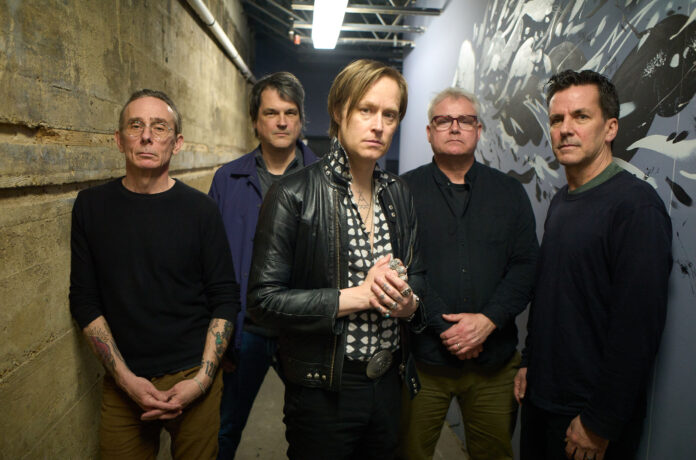 Boasting modern production paired with Bad Religion-esque backing vocals, Brian Baker says, “that song has so much classic Michael Hampton in it that I just laugh every time I play it. It’s just so hooky and it’s got this soaring chorus that still excites me now and I’ve heard it, like, 175 times.”

Formed in 2016, Baker describes the band as a “mutual admiration society,” saying that once the five members got in the same room together, it felt as if they had already been in the band together for years. “There’s this intangible energy, a clairvoyance that comes from our shared experience,” he explains. On ‘Expendables,’ the result pairs their unparalleled pedigree with a pop sensibility that’s slightly unexpected and wholly satisfying.

Aided by producer Adam “Atom” Greenspan (IDLES, Yeah Yeah Yeahs), the upcoming album has a surprisingly cleaner sound for the hardcore punk veterans. According to Baker, “the pop influences are a little more out front on this one and the production really helps it shine. It sounds more direct, more urgent.” It’s the latest exchange in a musical conversation that spans four decades, but instead of rehashing the past, ‘Expendables’ is a reinvention that sees the band dialing back the distortion and leaning into the melodies.