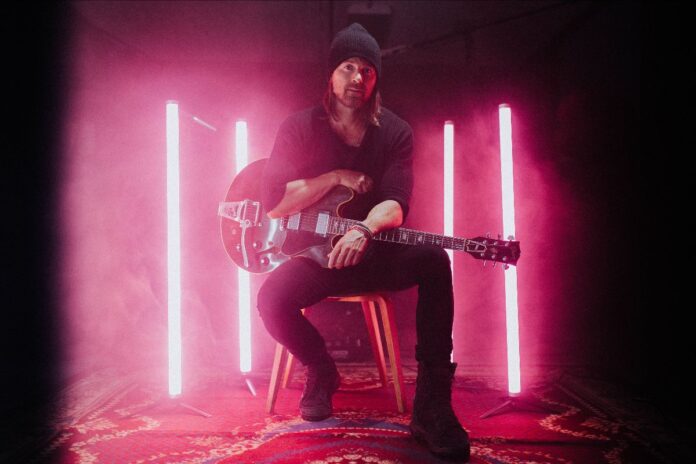 Multi-Platinum singer/songwriter Kip Moore has released the official music video for his fan-favorite track and current single “Crazy One More Time (Revisited)”. The clip gives fans a look behind the curtain at Moore’s creative process in the studio, and spotlights a powerful performance from the “uncompromising, genre-defying artist firing on all cylinders.” (Noisey).

Making good on a long-time back and forth with his loyal fanbase, Moore hit the studio to put a 2022 update on the track originally featured on his widely celebrated debut album UP ALL NIGHT. The song has gone on to grow a life of its own over the past ten years, becoming one of the most requested songs during Moore’s signature live show. “Crazy One More Time” was co-written by Moore with Chris Lindsey and Aimee Mayo.
Recently making his long-anticipated return to C2C: Country to Country Festival, Moore’s set was praised as “nothing short of masterful” (Your Life In A Song), as he proved again, “Kip was born to be on the stage.” (Building Our Own Nashville). Next up, he will crisscross the US on the road this spring and summer for headlining shows and high-profile festival appearances. For a full list of tour dates and ticket information, visit http://www.kipmoore.net/tour.

Known as “one of country’s more thoughtful artists” (Billboard), Moore has toured the world earning acclaim and a rabid fanbase as an all-in performer in each setting, consistently selling out headlining shows internationally with huge followings in the U.S, the U.K, Europe, Australia and Canada. Moore has blazed his own trail, with “a bit more Southern rock than traditional country… to be a Kip Moore fan suddenly became a marker of your having a certain refinement in your country-music taste” (Chicago Tribune). Moore first splashed into the mainstream with the double-Platinum “Somethin’ ‘Bout a Truck” in 2012, then followed up with three more best-selling No. Ones (“Hey Pretty Girl,” “Beer Money” and “More Girls Like You”), a trio of ambitious, critically-praised albums and two gritty EPs that landed Moore on multiple “Best Of” lists. Moore recently garnered resounding acclaim for his fourth studio album, WILD WORLD. The set, co-written and co-produced by Moore, was spotlighted by critics as “especially vital; occasionally, even rare,” (Esquire) and spawned his Top 15 radio single, “She’s Mine.” For more information visit kipmoore.net.