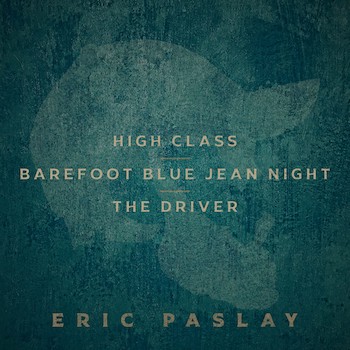 GRAMMY, ACM, and CMA-nominated hit songwriter and artist Eric Paslay has announced his forthcoming aptly-named album Even If It Breaks Your Barefoot Friday Night. Featuring his take on some of his biggest hits as both an artist and a songwriter, the highly-respected musician released three songs on Friday to kick-off the project. Fans can find them on their favourite platform. Additionally, a video for “The Driver” is now available featuring very personal and behind the scenes footage of Paslay on the road through the years. More songs will be released on 1 April with the full album available on 15 April.

‘Barefoot Blue Jean Night’ was a No. 1 hit for Jake Owen and named the No.1 Song of the Decade by Country Aircheck. It is Certified 2x Platinum by the RIAA. ‘The Driver’ was released in 2016 by Charles Kelley featuring Dierks Bentley and Paslay and was nominated for a GRAMMY for Best Country Duo/Group Performance. ‘High Class’ was originally released by Paslay in 2015 and written with Corey Crowder and Jesse Frasure. It went Top 40 on the Country charts and remains a fan favourite.

Eric is also set to release his series of NFT drops surrounded by the Even If It Breaks Your Barefoot Friday Night album with the help of Solo Music. The music industry once faced a drastic impact with the emergence of the internet and now history is repeating itself. The industry is about to see another creative revolution, as a direct result of blockchain technology empowering artists to take charge of their careers and giving them access to their fans like never before. Solo Music and Eric Paslay are doing just that, he shares yet another dimension of himself as a creative and craftsman by producing three customised NFTs.

The first of Paslay’s NFT Drops on Wednesday, 23 March will be 100 NFTs released for $25 each, giving owners access to Eric’s new digital community. More exciting opportunities will be dropped on 6 April and 20 April.