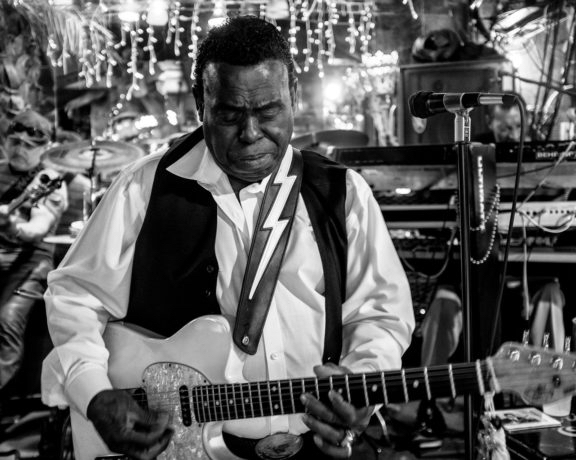 “We backed folks like Matilda Jones, King Floyd, Ernie K-Doe, Rufus Thomas, ZZ Hill, Solomon Burke, and just about every popular R&B act that came through New Orleans.” Together that group became Ernie and The Top Notes, smashing out funky numbers like the timeless “Dap Walk” and the flipside to that 7” – 45rpm single, “Things Are Better.” It’s fitting that now as we approach 2023, it’s Ernie’s time to shine with this new record of 11 songs mostly written by Ernie with help by Patton and Mathus and a choice cover of a legendary metal band.

Ernie’s first single “Possession” from his new LP is out now. Click here to purchase / stream.

Previous article
SAMANTHA IS BACK FOR 9 LIVES
Next article
REVIEW: DANGEREENS – TOUGH LUCK (2022)